A great businessman and mayor but not a great author.

Michael Bloomberg is the founder and 88% owner of Bloomberg L.P., a financial data and media company. He was also a three-term mayor of New York City (2002-2013). Last but not least, he is a major philanthropist.

“Bloomberg By Bloomberg” chronicles the creation and growth of Bloomberg L.P., and shares some of Michael Bloomberg’s views on business, management and philanthropy. 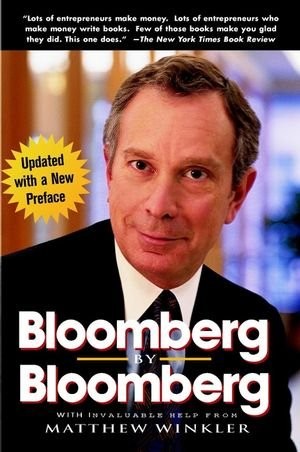 Given the extent of Michael Bloomberg’s accomplishments, this book is really disappointing. I would have wanted to learn so much more from such a successful person.

“Bloomberg By Bloomberg” is lazy. On almost every topic that it covers, it lacks depth. The structure of the book is also quite disorganized, alternating between chronological and thematic without really finding its groove. Furthermore, the book too often reads like a Bloomberg L.P. advertorial.

On the plus side, it is candid and shares some (too few) great thoughts.