The best journalistic investigation of recent years in the corporate world.

John Carreyrou is a journalist at the Wall Street Journal. In “Bad Blood,” he reveals the gigantic scam that was Theranos, the startup founded by Elizabeth Holmes to supposedly revolutionize blood testing and, in doing so, transform the healthcare industry. Of Theranos’ promises to design the iPod of healthcare and its nine billion dollars valuation, only remain today legal proceedings.

The level of immorality, manipulation and malice of Elizabeth Holmes and her COO/lover is all the more chilling given that Theranos operated in the health sector and could lead to tragic consequences. Holmes is considered by some analysts to be an even worse sociopath than Bernie Madoff. 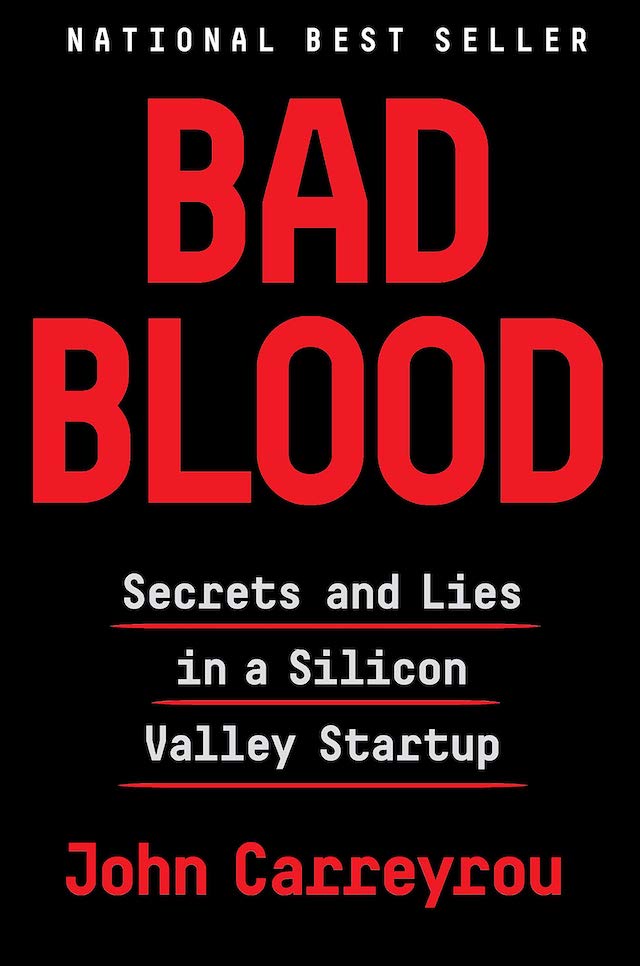 Beyond the particular case of Theranos, reading “Bad Blood,” even if the book doesn’t explicitly address this topic, can only lead to question the (in)effectiveness of safeguards against scams. Elizabeth Holmes was indeed both the most celebrated and the most dishonest young entrepreneur of her time. Fortunately, a few whistleblowers and a journalist had the intellectual honesty and the moral courage to reveal the truth about her.

Incidentally, Rupert Murdoch’s exemplary behavior must also be highlighted. The Wall Street Journal’s owner didn’t cave when when Elizabeth Holmes tried to get him to kill John Carreyrou’s investigation, even though he had personally invested 125 million dollars in Theranos. This money, because of articles published in his newspaper, has gone up in smoke.

“Bad Blood” recounts the best journalistic investigation of recent years in the corporate world. It earned its author a second Pulitzer Prize and will be made into a movie. The book is as well structured and clearly written as the investigation was well designed and carefully conducted.