As I was strolling down the streets of New York, the world city where I am spending a few days, the song U2 dedicated to Big Apple resonated in my head: “In New York freedom looks like too many choices.”

This multitude of choices does not only refer to the goods that one can buy but also to the people one can meet. In New York, 170 languages ​​are spoken, almost half the people do not converse in English at home and 36% of “locals” are born abroad. 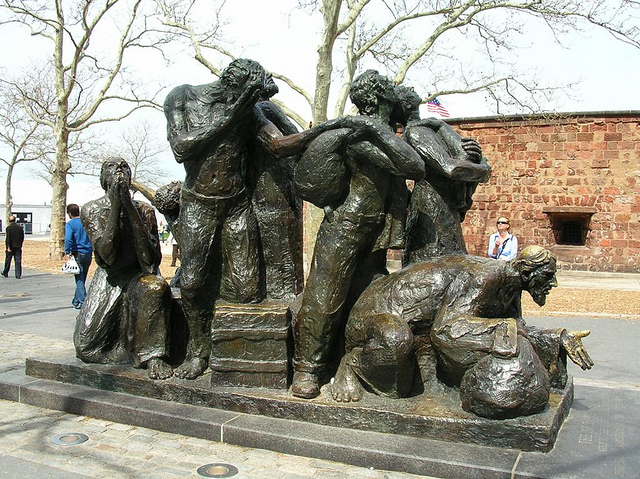 A ride in the subway in Manhattan – which is a great link between the communities that are sometimes isolated in different parts of the city – remains the best possible immersion in the global melting pot. All cultural and ethnic backgrounds – and, incidentally, the most unlikely accoutrements – are mixed as a result of collective endeavors and individual experiences.

The successive waves of immigration and lots of miscegenations have indeed created a unique community of opposites. The identity of New York is diversity. Even though it seems an ultimate paradox, it is impossible to be different in a city where there are no two identical human beings. Everyone is a stranger to another – and people sometimes look weirdly at each other – while being united by the American dream, the sense of belonging to a city that considers itself unique in the world, as well as interethnic marriages.*

Even though the Museum of Tolerance is located in Los Angeles, it’s New York that exhibits its daily life against fanaticism.

Amateurs of all kinds of uniformity, pass your way. If you cannot stand alterity, you could be overwhelmed by perceptions to the point of schizophrenia. Indeed, whether you like it or not, ethnic diversity is the engine of the exceptional activity of “the city that never sleeps.”

* However, let’s not be naive. Like all big cities, New York is experiencing some interethnic crises. But, after all, these are exceptionally rare when one considers the staggering daily imbrication of the communities that make up the city.

Does The Press Indulge In Too Much Storytelling?