The celebration of Internet anonymity can be regarded as contrary to democratic values.

Arianna Huffington, founder of the eponymous Huffington Post, announced this week that within a month, the site would put an end to anonymous comments. She considers that there are too many “trolls” (those people who anonymously disrupt online discussions by making controversial, offensive and/or insulting comments) and considers that people should stand up for what they think.

I couldn’t agree more, not so much because I am convinced that real name policies would reduce the number of insults (as I previously reported on Superception, a Korean experiment has shown otherwise) but as a matter of principle. 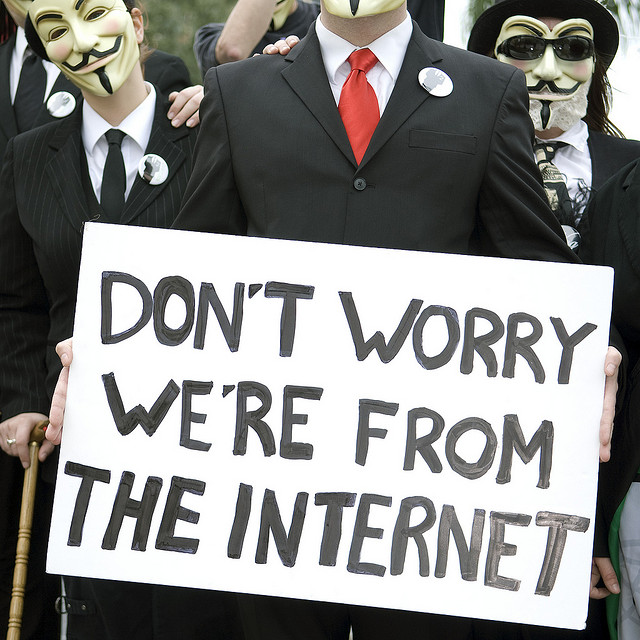 The network of Anonymous hacktivists, originally created to fight Scientology, illustrates one of the few justifications for Internet anonymity – (CC) Anonymous9000

I believe that anonymity hinders freedom of speech for four reasons:

However, there is at least one situation in which Internet anonymity is valuable (it was notably highlighted by Mathew Ingram in this article). Anonymity is a must use for people who are victims of any kind of abuse – this situation doesn’t only happen in authoritarian regimes – and don’t have the chance to exercise their freedom of speech. Real name policies should provide them with a way to express themselves.

Is Culture What Remains When One Has Forgotten Everything?