Believe it or not, BuzzFeed is of value to the media and news world.

Jonah Peretti, founder and CEO of BuzzFeed, wrote a long memo to his 300 employees that he posted on LinkedIn.

This document highlights the progress made by the site as well as its ambitions for the future. To me, the most interesting evolution in BuzzFeed’s development is its transition from pure entertainment – such as its famous animated GIFs and lists – to quality journalism. This evolution is a growing threat to traditional and digital media with less success and therefore fewer resources.

As Jonah Peretti explains in his memo (quote), BuzzFeed is now profitable and growing at high speed: 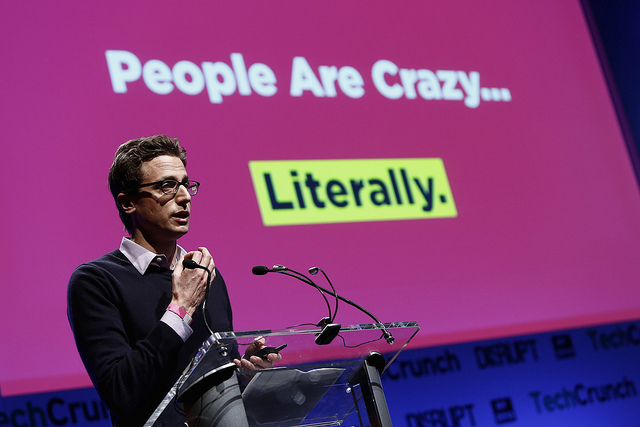 BuzzFeed’s success allows Peretti to invest in two kinds of journalism – real-time news reporting and investigative journalism – and to hire reporters. This is a strategy rare enough in the current media environment to be emphasized. Peretti wants BuzzFeed to compete sooner than later with “the traditional news brands.”

In this regard, he explains that “user generated content alone isn’t enough to fill the hole left by the ongoing decline of print newspapers and magazines.” It is a paradoxical – and remarkable – claim from an individual considered as the champion of viral social content.

He believes that “the world needs sustainable, profitable, vibrant content companies staffed by dedicated professionals; especially content for people that grew up on the web, whose entertainment and news interests are largely neglected by television and newspapers.”

Be it sincere or opportunistic, Peretti’s conviction is of value to the media and news world. As I often say, the role of the press is to produce journalism, not paper. The fact that journalism content was accessible only on paper during almost six centuries has influenced our thinking in this regard.

However, journalism is not dependent on any medium. I personally have no problem that quality journalism is coexisting on BuzzFeed with animated GIFs and pointless lists, and even less so if this helps the millennial generation follow the news.

Every Manager’s Objective Should Be To Render Themselves Useless