This is what a traumatized but triumphant city demonstrates. 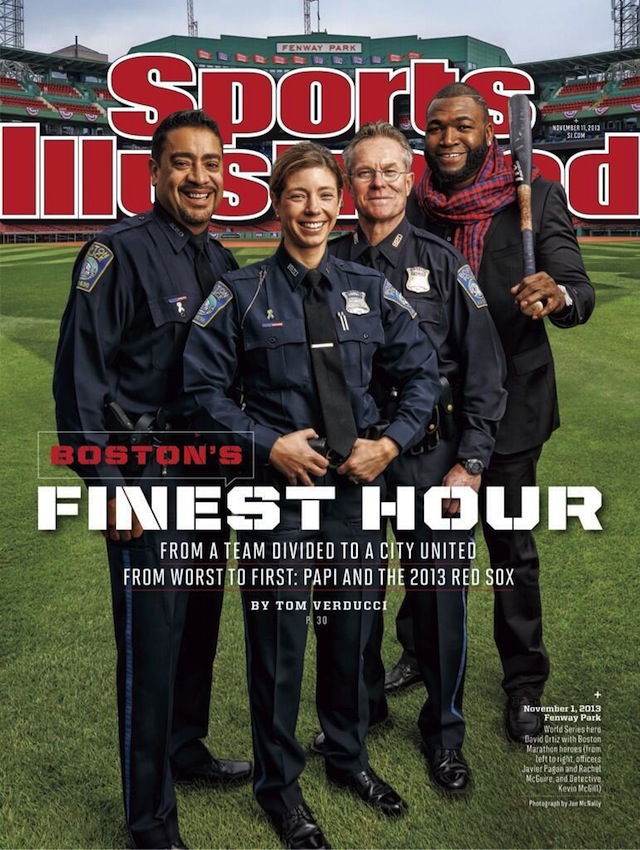 Alexis de Tocqueville has taught us that the notion of community is paramount to Americans who “have used liberty to combat the individualism born of equality.” While they express, more than in many other countries, their individualism in their personal lives, Americans have a very strong sense of community.

In particular, the sense of belonging and collective commitment to local communities is highly developed. Precisely, the Sports Illustrated cover shows the power of the Boston community. Such a picture would be unthinkable in many countries.

This sense of community can be found at the national level as well – despite the political polarization going on these days – and is expressed in Bill Clinton’s famous statement during his 1996 State of The Union speech, “America is far more than a place; it is an idea.”

The management lesson I draw from this episode is that the ultimate manager is one who can turn their team into a community. And, as it is the case between local and national communities in the U.S., a manager should build their team community while making sure that it is connected to the larger community – i.e. the company – to which it belongs.

Book Review: "The Culture Code: An Ingenious Way To Understand Why People Around The World Live And Buy As They Do” By Clotaire Rapaille (2006, 208 Pages)