Should journalists become executive secretaries?
A controversy has arisen in the news media community that follows the high-tech sector. It poses a major issue for the future of journalism.

Chad Whitacre, founder of the start-up Gittip specialized in gift exchanges, explained in a blogpost published on Medium that, when a journalist from TechCrunch recently asked to interview him, he requested that the interview be “open.” The journalist refused.

An “open interview” is defined by the fact that all of its content is available on the web – for example through an interview conducted via Google Hangouts and posted on YouTube.

On paidContent, journalist and keen observer of the media scene Mathew Ingram explains that Whitacre’s request was not unfounded. In support of his assertion, Ingram refers to live interviews broadcasted on TV in their integrality and to the development of open exchange sessions with newsmakers on the Internet – such as “Ask Me Anything” on Reddit.

Mathew Ingram believes that these formats allow consumers to decide which part of an interview matters most to them. It also lets the crowd, and not a single journalist, fact-check the interviewee’s assertions. That’s why Mathew Ingram has conducted the Chad Whitacre “open interview” declined by TechCrunch’s reporter.

I do not agree with Mathew Ingram’s views which, in my opinion, seriously devalue ​​the profession of journalism. 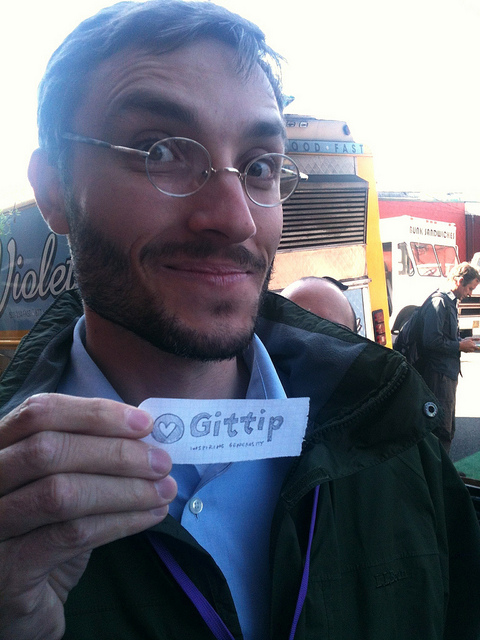 IMHO, the development of open interviews would hinder journalists from fulfilling their most important role: Putting the news into perspective. Journalists would be reduced to organizing interviews and thus quickly become executive secretaries. However, the added value of journalists is not limited to the size of their Rolodex that allows them to set up interviews with newsmakers. More than anything else, it lies in analyzing the content of these interviews for their audiences (readers, listeners, viewers, Internet users…).

For non-live interviews, journalists only retain the portions that are the most relevant to ongoing news events. Their editing power annoys many business and political leaders but it is at the heart of their mediation role.

As a communicator, I have an interest in open interviews becoming the norm because they provide more opportunities to get all our messages to the world. As a citizen, I don’t because they induce a greater danger of misinformation or wrong information.

The widespread development of open interviews would imply that the general public is competent enough to put all the news into perspective. This is absurd. Each of us would be able to conduct such an analysis in the topics of interest that we master but nobody is able to do this for all topics.

What would happen to our understanding of the world on topics that we do not master? Should we read twice as much content (the open interviews and their commentaries) to benefit from the same quality of information on the many topics that we need to be knowledgeable about in order to be informed citizens?

That’s why I find unreasonable that some journalists would promote this approach as it ultimately represents both a form of suicide for their profession and a dangerous trend for democracy.

The Management Lesson Of Pixar's Boss