Because of a need for reassurance.

Clayton Christensen, Professor of Business Administration at the Harvard Business School, is one of the gurus of modern business thinking. He theorized in an eponymous book published in 1997 the “innovator’s dilemma”, i.e. the innovator’s inability to reinvent themselves and create new innovations. In 2011, he published another book titled “Innovator’s DNA: Mastering The Five Skills Of Disruptive Innovators” and was interviewed by Inc. Magazine.

In this interview, Christensen elaborates on an idea that is as obvious as it is ignored: The future is unknown. “The way most business schools teach is that students should be data-based and fact-driven in how they work and research. But because real data is only available about the past, business schools relegate students to working on the past. There’s no data on the future. The only way you can look through the fog into the future is if you have really solid theories. Whether you like it or not, every time you are looking into the future, you are using a theory.” 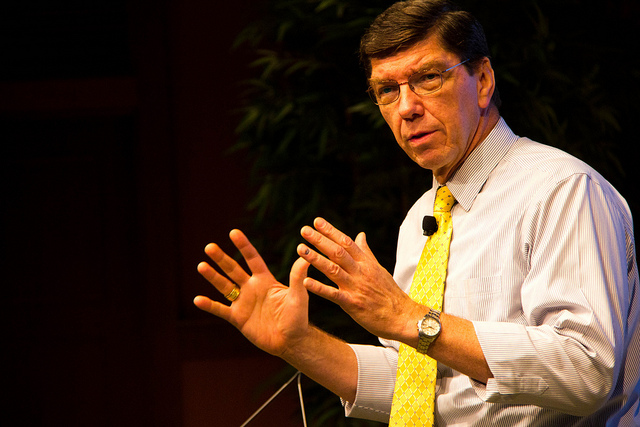 The future, which is unknown, is inherently a risk. IMHO, since one of the key responsibilities of any business leader is to manage the risks their company is exposed to, they use past data as an airbag to anticipate and crash-test the future of their business. However, past data reassure CEOs without ensuring the relevance of their business plans.

It is no coincidence that the greatest corporate innovators used their intuition, not past data. The most famous example is Steve Jobs who claimed to anyone who would listen that Apple was not conducting any market research because “a lot of times, people don’t know what they want until you show it to them” (Business Week, 12 May 1998). Jobs revolutionized four industries (personal computing, music, mobile communications, and film) based only on his theories.

The Management Lesson Of Larry Page

Productivity And Creativity Do Not Mix... And That's Great!