Failure Is The Recipe For Success

I read this morning in the always-excellent Sports Illustrated a profile of P.K. Subban, the unconventional star of the Montreal Canadiens and the highest paid defenseman of the NHL.

A portion of the article, in which Subban explains his vision of the game, is worthy of note:

“The fans see a player who understands what it means to wear the jersey. There’s a difference between that and being a good hockey player.

There’ve been games when they said P.K. didn’t play his best, but there hasn’t been a day they’ve booed me. People appreciate that I am not scared to make a mistake.

How many players have come through this organization and played scare? ‘I’m just happy not to make a mistake so I’m not noticed.’ Me, on the other hand…“ 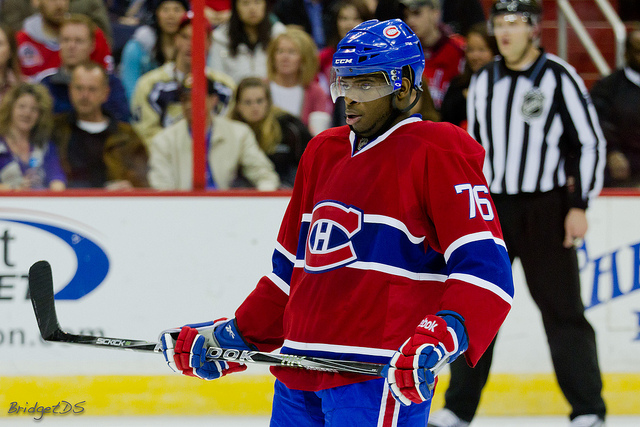 Subban’s skating and game playing are as brilliant as they are reckless. He can make winning plays for his team that other players are unable to perform and be noticed for mistakes that they carefully avoid to make. But it is by taking risks that P.K. Subban elevates the Montreal Canadiens.

In fact, doing better often means doing in a different manner. To make a difference, one must act differently. But, when one ventures off the beaten path, they can get bogged down in the mud. Too often, corporations want to operate in a fictional, error-free world. Few companies adopt Silicon Valley’s culture that those who have never failed haven’t taken enough risks.

To me, failure is the recipe for success because those who test their limits inevitably make mistakes on their way to greatness. But they grow faster than those who are content with their routine work.

This is what we can learn from Steve Jobs, who is rightly celebrated as the greatest CEO of the past fifty years. Jobs would not have made Apple the world’s most valued company – after rejoining the company in 1997 just ninety days before its expected bankruptcy – if he had not learnt from failing twelve years earlier at the helm of the business he had cofounded and struggling creating another company, NeXT.

Failure is inevitable, and the best teacher. So do not judge others on their ability to not make mistakes, which shows their cowardice more than their supposed genius, but on their capacity to learn from their mistakes.