In June 2014, Amazon launched the Fire Phone, its first smartphone. It was a resounding failure that probably cost the company a few hundred million dollars. Still, Jeff Bezos, Amazon’s founder and CEO, has no regrets at all.

This is what he explained last Wednesday during a conference organized by The Washington Post:

“If you think that’s a big failure, we’re working on much bigger failures right now. And I am not kidding. And some of them are going to make the Fire Phone look like a tiny little blip.

The size of your mistakes needs to grow along with the company. If it doesn’t, you’re not going to be inventing at scale that can actually move the needle.

The great thing is when you take this approach, a small number of winners pay for dozens, hundreds of failures. And so every single important thing that we have done has taken a lot of risk taking, perseverance, guts, and some of them have worked out, most of them have not.

That has to happen at every scale level, all the way down, and you have to take shots… you always learn something and you move on.“ 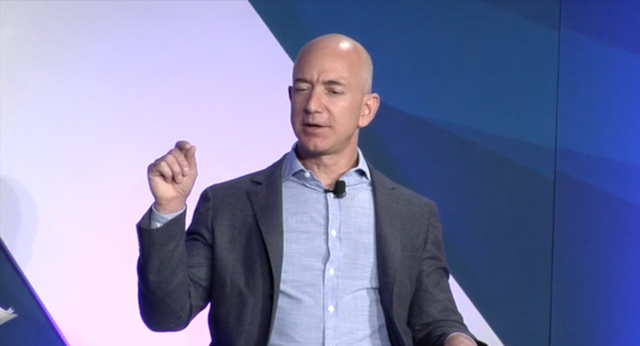 Jeff Bezos is known for launching experiments, a management principle that I have often lauded on Superception as “the airbag of risk-taking.”

As my loyal readers know, I consider risk-taking and acceptance of failure as key to effective people management and personal development.

Granted, Amazon has a long list of failures (e.g. Amazon Auction, Amazon Destinations, Amazon Elements Diapers, Fire Phone). But it has also succeeded in ways that make it one of the most innovative, performing and valued companies of our time.

Incidentally, Jeff Bezos’ vision reminds me of a quote from genius Elon Musk:

“If nothing else, we are committed to failing in a new way.“

For Or Against Using Tweets In Ads?