How To Accept That “To Err Is Human”?

Since 2006, it uses the “hawk-eye” solution, a system of 10 cameras tracing the trajectories of balls with perfect accuracy, to assist its referees. When a player doesn’t agree with a referee’s call, they can challenge it and a 3D representation of the path of the ball is shown on the court’s big screen.

Each player can make two challenges per set (and an extra one during tie-breakers). If it turns out that the player and not the referee is right, the player retains the same number of challenges. In effect, players can make an unlimited number of correct challenges.

During each challenge, the TV channel broadcasting the US Open shows the face of the referee whose decision is questioned by the player. This is obviously a way to amp the show, like in a reality TV series. 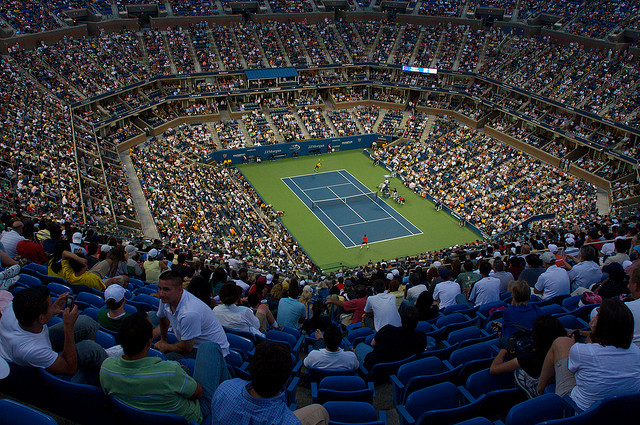 But I also see this as an educational message for corporate managers.

Indeed, these close-ups highlight that the comparison between an individual and a machine is not shocking and should not depreciate the value of the work of human beings who are fallible and still take the risk of being wrong.

Professional tennis referees have less than a second to decide whether balls that often travel at over 100 miles per hour are in or out by a few millimeters. This is an impossible job for the human eye and brain. It is therefore inevitable that they sometimes make mistakes.

Yet, rather than enlarging the gap between players and referees by stressing the fallibility of the latter in the eyes of the former, the introduction of the “hawk-eye” improved relations between the two parties. The fact that the “hawk-eye” shows the players that they also make mistakes certainly helps.

Above all, by accepting to be assisted, and regularly contradicted, by machines, professional tennis referees used a discourse of truth: “We are only human and we can be wrong. But we want to do everything so that the love of the game prevails even if it means that we be publicly disproved.”

Claims of infallibility render human error unacceptable whereas acceptance of our fallible humanity makes error acceptable. Indeed, an individual’s alleged infallibility is not credible, be it a referee’s on a tennis court or a manager’s in a corporation. Conversely, our fallible humanity creates the strongest bond between individuals and allows them to take risks in an environment that doesn’t condemn people for making mistakes.

Book Review: "Grouped: How Small Groups Of Friends Are The Key To Influence On The Social Web” By Paul Adams (2011, 168 Pages)