How To Structure A Communications Organization In The Digital Age?

There is probably no ideal blueprint since communications departments now operate in an extraordinarily fast-moving environment. But let’s give it a try.

To do so, we have to take into account both the content produced by communications departments nowadays and the channels they use to distribute said content to their target audiences.

Given the importance, long professed on this blog, of content in communications in the context of the digital, social and mobile age, it is imperative to keep that aspect at the forefront of our organizational thinking.

There are fundamentally two categories of content, both of which cover internal and external communications:

Last but not least, a company’s audiences no longer cluster in silos since they are all active on the social web. 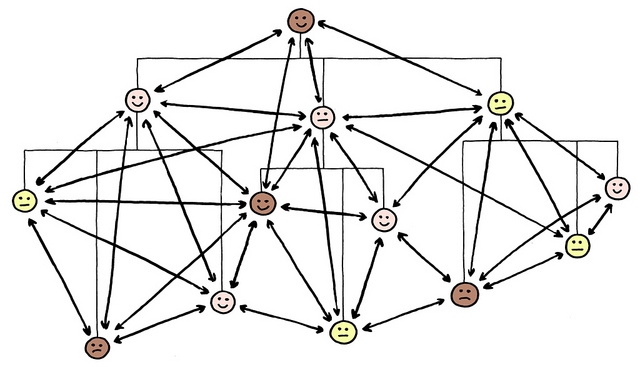 In this context, the double distinction between fast and slow content on the one hand, and paid, owned and earned media on the other, is of decisive importance in terms of organization structure because it creates different operational logics and rhythms:

As a result, communications organizations could operate in the frame of an integrated strategic planning addressing slow and fast content respectively:

In this logic, the public relations department, that manages the company’s outreach to the media, should also be in charge of the brand’s presence on social networks. That may require, in some cases, that the digital skills of the head of said department be enhanced. In parallel, the content factory, digital (excluding social networks), advertising and event teams could be regrouped or have their activities coordinated in terms of planning and delivery.

1 This model was originally created for external media but I have added internal media to it since they now operate in similar ways due to the effects of the digital, social and mobile revolution.