The Management Lesson Of Rafael Nadal: Your Attitude Determines Your Skills

He is now ahead of Novak Djokovic and Roger Federer, who each have 20 Grand Slam titles to their name. Djokovic and Nadal are also the only two players in the Open Era to have won every Grand Slam at least twice, with Roy Emerson and Rod Laver having accomplished the feat in the previous era. Furthermore, seventeen years separate the Spaniard’s first Grand Slam title (at Roland Garros in 2005) from the one he won today, another Open Era record.

Nadal never showed the slightest sign of fatigue or weariness yesterday, unlike his rival, who once again complained to the referee – this time not about his opponent but about the crowd – and had the physio massage his thighs several times in the fifth set.

However, it was Rafael Nadal who should have conceded physically yesterday, considering his age (35, ten years older than his rival) and the last few months he experienced before arriving in Australia. His last tournament match was in August 2021 in Washington D.C., where he lost in the third round on one leg due to his chronic left foot injury. He has been suffering from Muller-Weiss syndrome, a rare disease that causes necrosis of the navicular bone, since 2005. Previously, he had not been able to compete at Wimbledon, the Olympics or the US Open.

In September, he underwent foot surgery in Barcelona. Despite this, by November, he was not sure if he could continue his career. In December, while his foot was making progress, he was diagnosed with Covid, which weakened him and prevented him from training normally. It was a journey fraught with so many obstacles that Nadal almost didn’t make it to Australia because his chances of doing well there were so slim.

In fact, it was he, not Daniil Medvedev, who had to sit through the long speeches by the officials before the presentation of the cup. It was also him who admitted afterwards in a press conference that he would not even have the strength to celebrate his title. 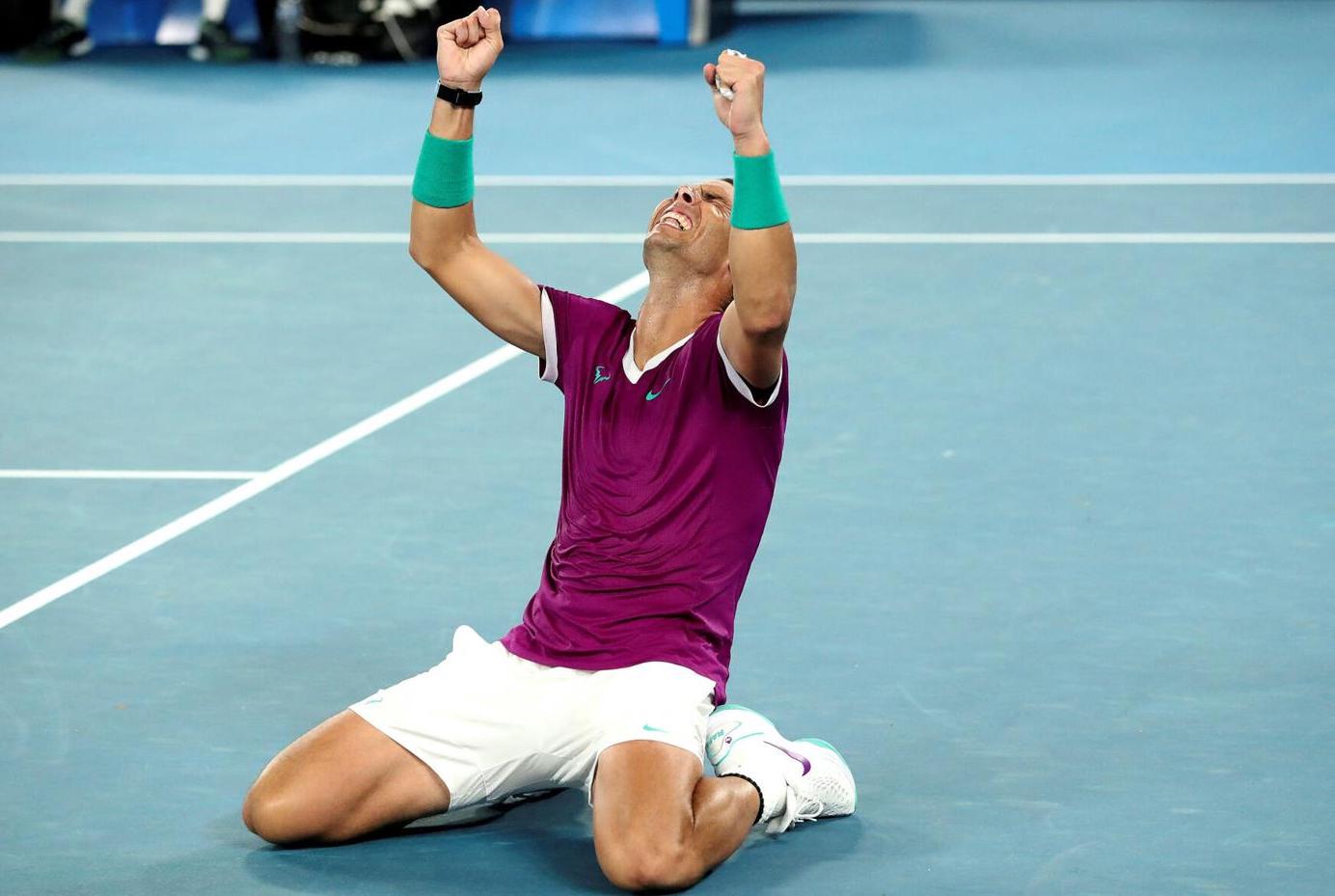 Where does Rafael Nadal’s ability to achieve feats that are unattainable for the average person come from?

Toni Nadal, his uncle and coach for most of his career, gave the answer to this question before the match against Daniil Medvedev:

“I remember very well when, in 2005, we were told that his career was almost over because of this Muller-Weiss syndrome, an insoluble problem. You can imagine: He has had this sword of Damocles hanging over his head for 17 years. We always knew that this risk would stay with us and there have been so many seasons where he has suffered in this area. Each time, he had to recover. Every time, he had to hold it together.

Rafael said it this week, ‘I’ve gotten into the habit of not complaining about things that hurt my game.’ What is it that makes someone at a certain point succeed in giving their best? Simply by not giving more importance than necessary to the problems you have. […] Rafael has had this ability since he was 5 or 6 years old.

A few years ago, I was giving a talk in Madrid to a company’s managers. We talked about the injuries Rafael had to deal with. Of course, I told them about his foot. At the end, as an aside, my wife said to me: ‘I think you made a mistake, you mentioned the right foot, but it is the left foot, isn’t it?’ I called Rafael to check, she was right. It just goes to show that, if you know you can’t fix it, why would you always think about it? The few times my nephew talked to me about this syndrome, I told him that he had to live with it anyway. And that the more we talked about it, the more he would focus about it. […]

Rafael never got angry at what he endured and took in the last few months. The main problem for most people, and I see it every day on the courts at the academy, is frustration. People get frustrated too quickly when things don’t go well. Remember: Your attitude determines your skills.“

I was moved when I read this interview because Rafael Nadal’s approach is similar to the one I have been applying, in a much more modest way, since my four encounters with death. From the small torments of everyday life to one of the greatest feats in the history of sports, not being frustrated fuels resilience.

Sale Of The New Republic: Is The Press Doomed?