That’s the question raised in the United States by an astonishing lawsuit. A feverish debate in perspective.

Over the four years he spent with Phonedog, Kravitz earned 17,000 subscribers on his Twitter account Phonedog_Noah. When he left the company, he was told he could keep his Twitter account provided he would tweet from time to time re: Phonedog. He renamed his account to NoahKravitz and wrote regular tweets on Phonedog.

However, Kravitz is now sued by Phonedog on the basis that his followers would be a list of customers and hence the property of the Company. Phonedog claims 340,000 dollars – or $2.50 per subscriber per month – for the eight months during which Kravitz kept his account and his subscribers since quitting the Company.

Even more surprising, Phonedog states that the 17,000 subscribers in question are confidential information and that Kravitz’s tweets infringe its intellectual property. 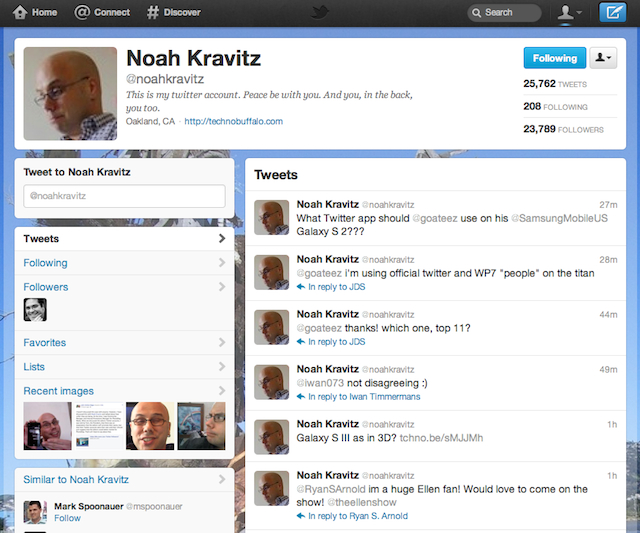 I think that it is a libelous position for Phonedog to take. To me, a journalist’s activity on social media contributes to developing the contacts they need to be efficient in their work. A journalist with no sources of information is like a tennis player without balls – I mean tennis balls here. 🙂 As a matter of fact, social media allow journalists to extend their network of contacts beyond their physical reach.

As such, the contacts of journalists on social networks are part of their personal assets and certainly do not belong to their employers. If the court sided with Phonedog, it should also impose to journalists who quit a media organization to leave their Rolodex with their former employer. This is indeed the same logic.

When I follow journalists on Twitter, I do not do it based on the media they work for but on their individual added value. If I were interested in their media, I would follow their Twitter accounts – which I do for the media that I consider of interest. But there is a difference between the two approaches: Following a media on Twitter is like subscribing to a newsfeed whereas following a journalist is reading an individual’s views – which he can express by the retweet of articles or the sharing of his own opinions.

This lawsuit, the first of its kind to my knowledge, is very important: It will give a first legal opinion regarding the ownership of Twitter followers and the valuation of such followers.

Why Does BuzzFeed Invest So Much In Serious Journalism?

Divisiveness Is Not The Enemy Of The Marketer