In defense of Clint Eastwood.

The great actor and director was reprimanded by the vast majority of commentators and Internet users – even among Republicans – for his prime-time performance on Thursday night at the Republican convention in which he conversed with an imaginary Barack Obama seated on an empty stool:

Clint Eastwood was invited by Mitt Romney himself to speak at the Convention and the general content of his “speech” was coordinated with the communications team of the Republican candidate. However, the conversation with the empty stool – which Eastwood requested from the organizers at the last moment without explaining the reason for his request – was the actor’s idea. Team Romney trusted Eastwood so much that they asked him neither to submit a written version of his speech for validation nor to rehearse his performance. On stage, Eastwood improvised, did not respect the time allotted to him – he spoke more than eleven minutes instead of five -, and ignored the light signals indicating that his time was up.

Even if some criticisms of Eastwood’s discourse were aggressive, partisan and contemptuous, many were humorous. Among them, let’s mention the creation of an “Invisible Obama” account on Twitter (see below) which already has over 60,000 subscribers and the invention of a new meme, Eastwooding, which involves talking to an empty chair. Obama’s campaign also gave a funny response to Eastwood: They posted a message on Twitter indicating that the President’s seat was already taken (see below). 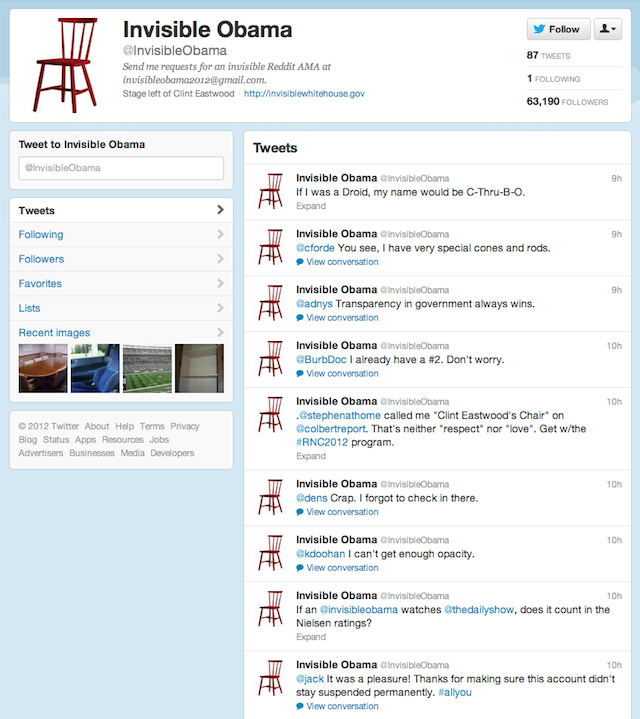 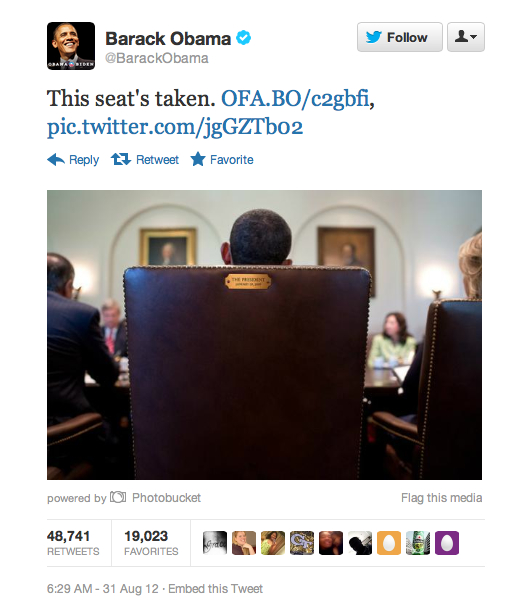 Still, I would like to take Clint Eastwood’s defense in a totally subjective way:

Ultimately, the most negative consequence of Clint Eastwood’s ad-lib in terms of communications lies in the fact that it significantly diverted the attention of the most important speech of Mitt Romney’s life.

The next Clint Eastwood movie comes out on September 21 in the U.S. Mitt Romney has two more weeks to find a way to ruin its launch. 🙂