A research provides some surprising results.

Native ads, whose format and location in digital media outlets are identical to those of non-commercial content, are one of the growth drivers of the digital advertising market. But, as I have already had the occasion to point out, native advertising may, if it is misused, endanger the editorial credibility of news media.

This study involved 250 participants representing two age groups – 18-25 and 45 and over. They were shown two fake BuzzFeed news pages, one with a native advertisement and the other with a traditional banner (see below, the Columbia ads are on the top right of the fake web pages). 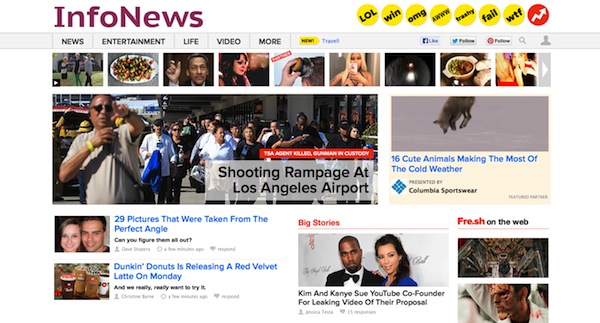 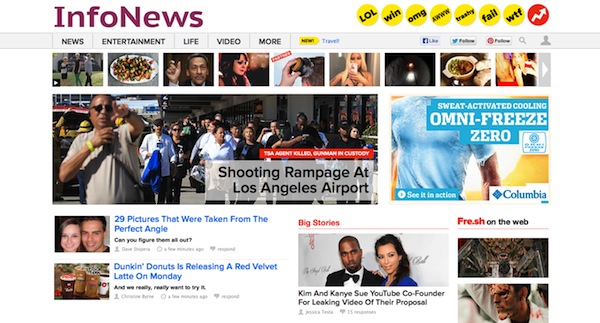 The two academics thought that the reactions of the age groups would be significantly different. It was not the case. The two fake BuzzFeed pages were considered credible by participants from both groups, although younger web users were more likely to recognize the native ad as advertising and not editorial content. In addition, the millennials were harsher in their judgments than their elders.

My conclusion from this study is different than the authors. They consider that the fact that young web users do not recognize native advertising as such could threaten this medium’s effectiveness in the long run because consumers would also not identify the brands that fund native ads.

I consider instead that native ads’ success relies on the fact that they are perceived as editorial content. A favorable editorial content is always more beneficial for a brand than an advertisement since the former is perceived as an unbiased recommendation from a journalist and the latter as a pro domo plead.

IMHO, this research demonstrates the potential power of native advertising since it does not annoy youngsters and is not recognized as marketing promotion by adults.

Book Review: "Zero To One: Notes On Startups, Or How To Build The Future" By Peter Thiel With Blake Masters (2014, 224 Pages)