We tend to admire columnists. However, interviewers are at least as useful to democracy.

In his memoirs (“Tension City: Inside the Presidential Debates,” read my review here), Jim Lehrer mentions a cartoon by William Haefeli published in the August 10, 2009, issue of The New Yorker.

This cartoon – I don’t want to publish it on my blog out of respect for intellectual property rights but you can see it here – shows a congressional hearing witness saying to a questioner: “I’m happy to answer your question as soon as you stop asking it.” Haefeli mocks the Senators who made long speeches instead of asking questions during the confirmation of Sonia Sotomayor’s appointment to the Supreme Court. Sotomayor became nevertheless the first Hispanic member of the Supreme Court of the United States. 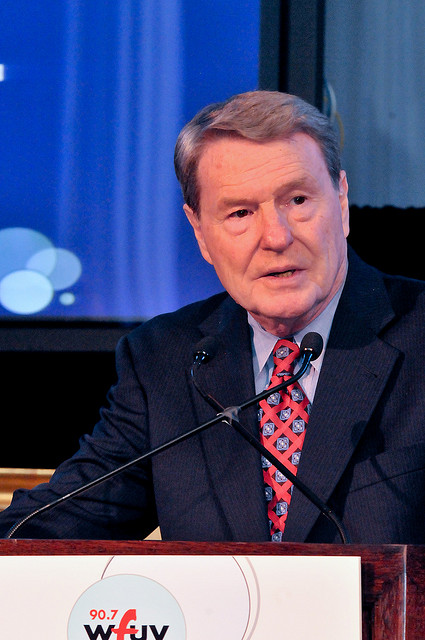 The propensity of U.S. Senators to make long speeches when they should ask questions is also found in many journalists.

Interviewers increasingly see themselves as columnists. They are less passionate about the opinion of the people they interview than their own. However, if we are interested in the columnist’s ability to decipher the truth in the news, the interviewer is useful to us for their ability to help newsmakers tell us their truth.

This is why I personally have a huge respect for great interviewers. They must combine rare qualities: Thorough knowledge of all topics relating to the person they interview (their knowledge has to be much more precise than is necessary for writing a column), psychological sensitiveness to understand the emotional state of their interlocutor, and great intellectual agility to respond quickly to any misleading assertions.

But real interviewers are increasingly rare because journalists seem to have an inferiority complex vis-à-vis columnists. They have this uncontrollable urge to editorialize the news rather than investigate it. In doing so, they believe that they are moving up the journalism value chain when they are in fact renouncing their real added value.

In order for us to continue to respect interviewers, they first have to respect themselves more.

Book Review: "The Score Takes Care Of Itself: My Philosophy Of Leadership" By Bill Walsh With Steve Jamison And Craig Walsh (2009, 288 Pages)

Insensitivity, A Fake Good Idea In Terms Of Perception