A management lesson from Elon Musk, the brilliant founder and CEO of Tesla Motors.

In 2008, Musk saved Tesla from bankruptcy when the company failed to deliver its first vehicle on the planned date. As a result, Tesla could no longer raise capital for its development. So Musk invested the last $35 million of the money he had made in his previous entrepreneurial successes, taking a crazy risk instead of taking advantage of his fortune. Today, Elon Musk’s stock in Tesla is worth – virtually – $2.5 billion.

And he just announced another bold bet. 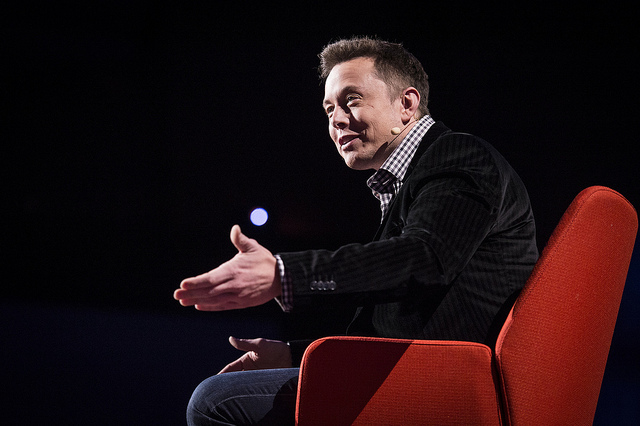 Tesla, which has experienced remarkable growth (30%) of its share price since the company announced a few days ago its first profitable quarter – even exceeding Wall Street expectations -, is going to sell part of its shares to repay the loan granted by the U.S. government.

Elon Musk is one of the largest purchasers of the shares offered for sale. He will acquire $100 million of shares and is borrowing from Goldman Sachs in order to finance his stock purchase. Musk’s loan will be secured on his stakes in Tesla and SpaceX. The latter is another company he founded, this time with the goal of sending a manned mission to Mars. This is yet another major risk taken by Musk. Indeed, the success of Tesla and SpaceX is all but guaranteed.

This decision shows once again why Elon Musk is the most amazing entrepreneur of our time. However, beyond that, what interests me in his move is that it highlights the best way to instill confidence in employees.

You might call me “old school” but I consider it the duty of a CEO to hold a significant stake in the company he is running. Obviously, professional CEOs cannot have the same level of shareholding than founding CEOs. But all CEOs should be significant investors in the company they lead – and not only through stock options.

Indeed, how can an employee – or an investor for that matter – believe in the future of a company if its CEO does not show that he does?

Leadership: Experience Should Be A Guide, Not A Master