The Management Lesson Of Ford’s CEO

Manage and communicate positively – even in times of crisis.

I was impressed by an interview that Alan Mulally, Ford‘s President and CEO, gave to McKinsey’s website.

Alan Mulally was appointed CEO of Ford in 2006 when the Company was on the verge of bankruptcy and recorded its biggest annual loss ($12.7 billion). Since then, he has led one of the most impressive corporate turnarounds: Ford has been consistently profitable since 2009, its share price has been multiplied by ten, and the Company was the only one of Detroit’s Big 3 to not need government bailout money.

Mullaly based Ford’s turnaround plan on changing the Company’s culture. The “One Ford” approach was so successful that it inspired Steve Ballmer to launch its own “One Microsoft” plan. And Alan Mulally is said to be on the shortlist of external candidates under serious consideration by Microsoft’s board to replace Ballmer. 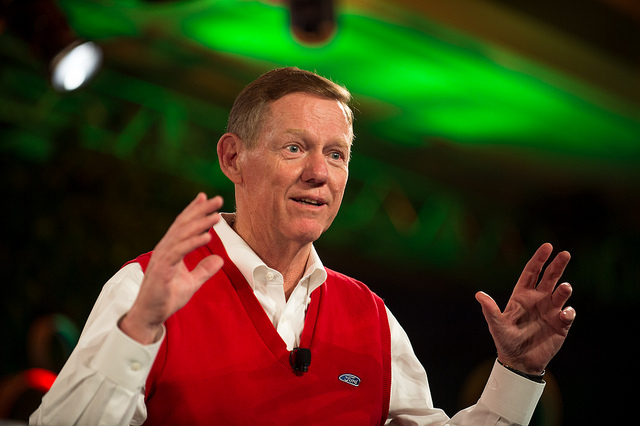 Asked by McKinsey what made the difference in turning around Ford, Mulally highlights the importance of positive leadership:

“It is important to have a compelling vision and a comprehensive plan. Positive leadership—conveying the idea that there is always a way forward—is so important, because that is what you are here for—to figure out how to move the organization forward. Critical to doing that is reinforcing the idea that everyone is included. Everyone is part of the team and everyone’s contribution is respected, so everyone should participate. When people feel accountable and included, it is more fun. It is just more rewarding to do things in a supportive environment. (…)

At the heart of our culture is the One Ford plan, which is essentially our vision for the organization and its mission. And at the heart of the One Ford plan is the phrase “One Team.” Those are more than just words. We really expect our colleagues to model certain behaviors. People here really are committed to the enterprise and to each other. They are working for more than themselves. We are a global company, so we really have to stay focused on the work. There are so many people around the world involved in our daily operations that it has to be about more than a single person—it truly has to be about the business. Some prefer to work in a different way. Ultimately, they will either adopt the Ford culture, or they will leave.”

This interview highlights two of my core management beliefs: The role of culture in the success or failure of a business, and the importance of positive management and communications in the motivation of employees – even in times of crisis.

Alan Mulally is not the most charismatic business leader. But, like Gordon Bethune at the helm of Continental a few years ago, he has turned around a dying company by applying leadership principles that all leaders who like to motivate by fear – the shortest-term psychological dynamic – should study.