Back To The Web Future

The telegraph, the 19th-century Internet.

One of the beliefs that I share with my marketing students every year is that the Internet doesn’t create many new social behaviors; it essentially empowers traditional human behaviors.

A new illustration of this is provided by The Atlantic that found a nugget in the digital archives of the New York Times (subscription required). This gem is an article dated 19 August 1858 that addresses the (few) delights and (many) horrors of the new transatlantic telegraph. It could have been written today to describe the advantages and disadvantages of the web.

Judge for yourself: “So far as the influence of the newspaper upon the mind and morals of the people is concerned, there can be no rational doubt that the telegraph has caused vast injury. Superficial, sudden, unsifted, too fast for the truth, must be all telegraphic intelligence. Does it not render the popular mind too fast for the truth? Ten days bring us the mails from Europe. What need is there for the scraps of news in ten minutes? How trivial and paltry is the telegraphic column?” 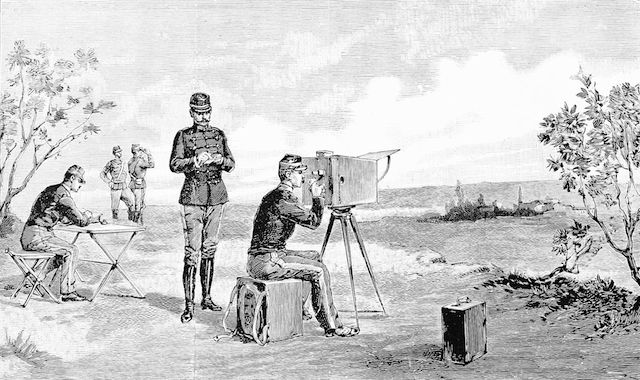 As illustrated above, the first use of the telegraph was for military applications over far shorter distances than the transoceanic communications mentioned in the 1858 New York Times article. Then this technology allowed to drastically reduce the transmission cost of written information and thus favored a new wave of globalization after that of the fifteenth century triggered by Gutenberg’s invention of the printing press.

A century and a half after the telegraph, the commoditization of the Internet resulted in a collapse of the transmission cost of any kind of content (text, images, videos, sounds…) and opened the way to an unprecedented wave of globalization.

The fear generated by new technologies is not only common to the telegraph and the web, as is shown by one of my favorite quotes. Two millennia ago, Seneca asked, “What is the point of having countless books and libraries whose titles the owner could scarcely read through in his whole lifetime? That mass of books burdens the student without instructing.“