The Chief Reason Why Brian Williams Should Go

What is the primary mission of journalists?

It is to accurately reports facts. The more complex the facts are, the more important the reporters’ role is. The journalists’ ability to veraciously reports the news is one of the pillars of a democracy because it ensures that citizens know the truth when they vote. That’s why the media is the Fourth Estate.

But with responsibility must come accountability.

Journalists must be held accountable when it is proven that they have tainted the truth. It is generally what happens in serious media outlets because they know that their credibility is at stake. 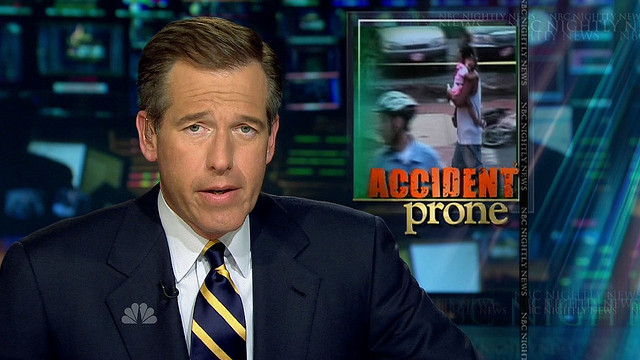 In this regard, Brian Williams hasn’t even been able to accurately report his own life story. NBC should learn from that incident what kind of a journalist he is*. The public definitely has. It is all the more troubling since Williams didn’t have to cover his experience in Iraq which was not part of the news.

So the choice that NBC has to make is really a simple one: Either they consider that an anchor is a journalist and they should demote Brian Williams or they posit that an anchor is an entertainer who has no duty to the truth and he can keep his job. But this job wouldn’t belong to the Fourth Estate. It would be no different than hosting “The View.”

The issue with Brian Williams’s lie doesn’t relate neither to the size of his ego nor to human memory’s propensity to fade over time nor to the relevance of TV nightly news in the digital era. It only relates to journalism ethics.

I like Brian Williams as a TV personality. But I can no longer trust him as a journalist. One could have forgiven him if his “mistake” had been related to an extremely confusing news event that was hard to decode and fact-check. Obviously, his life experience doesn’t fall into this category.

A famous journalist adage says that “If the mother of a journalist tells him that she loves him, the real journalist will make sure he gets confirmation.” When you can’t even gather the facts on your own life, you aren’t a journalist.

* After being hammered in the media, Williams said that he “misremembered,” even though he got the story right for many years after the 2003 events. If he had any doubts about his memory, he should have, as a journalist, investigated the facts before making claims on television.

Our "Vital Laziness" Is The Source Of Our Susceptibility To Disinformation