Nowadays, everyone can and wants to be a media – advertisers and consumers alike.

The New York Times reports that GoPro, the wearable video camera maker, wants to become a media company by leveraging the quantity and quality of videos posted on the web by its customers – professional and amateur.

GoPro’s YouTube channel already has 1.6 million subscribers and over 400 million views. GoPro’s media development strategy relies on partnerships established with companies that can distribute its content. According to the New York Times, GoPro has recently signed agreements with Virgin America for its in-flight entertainment and Microsoft for the Xbox content service. These are just the initial steps of GroPro’s grand media strategy. 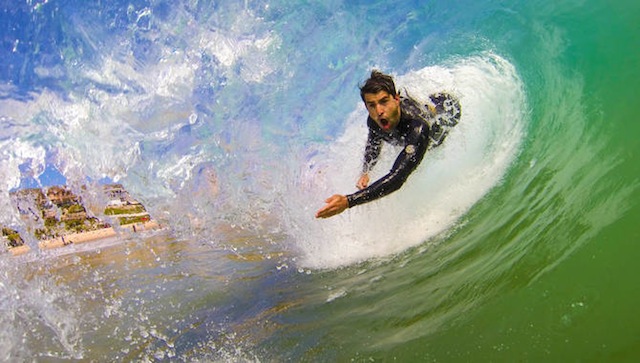 A picture taken with a GoPro camera – (CC) Kyle Redington

GoPro’s ambition sheds new light on a trend that has been active for a number of years: Everyone can and wants to be a media.

Everyone can and wants to be a media.

The first revolution was carried out by individuals. Through blogs and social networks, they became able to compete with large media groups at almost zero cost. At first, amateurs seized the opportunity to reach a near infinite audience. Today, professional journalists are creating individual media to compete with their former employers.

The second revolution is the work of brands. The pioneer in this field is Red Bull which is now more of a media than an energy drink manufacturer. Much more modestly, Coca-Cola has morphed its corporate website into an online magazine named “Journey.”

This strategy allows these companies to stealthily promote their brands. That is why I think it is the epitome of native advertising in the sense that, instead of mimicking editorial content in other media outlets, advertisers create their own media platforms in order to distribute editorial content and surreptitiously advertise.

In this new advertising model, the content is the media.

In this new advertising model, the content is the media.