Sale Of The New Republic: Is The Press Doomed?

Facebook cofounder Chris Hughes acquired the venerable magazine in 2012 and is now putting it up for sale.

In his memo to the magazine’s staff, the thirty-two-year-old multimillionaire admitted that he had

“underestimated the difficulty of transitioning an old and traditional institution into a digital media company in today’s quickly evolving climate.“

Not only did Chris Hughes not adapt the New Republic to the digital era, despite having invested 20 million dollars in the magazine’s transformation, but his leadership was controversial.

Hughes wasn’t able to convince his management team that the solution was to turn the New Republic into a “vertically integrated digital media.” In December 2014, more than twenty top contributors left the magazine amid public turmoil.

At the same time, it was announced that the frequency of the New Republic’s print edition would drop from 20 to 10 issues a year. Still, the magazine’s website traffic fell by over 50% and never recovered since.

Now, there’s speculation that Hughes may sell the magazine to a philanthropist who would transform it into a nonprofit. 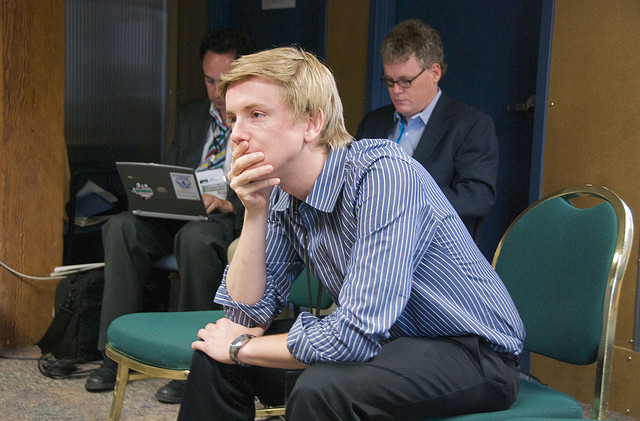 Does the fact that a Facebook cofounder, who is considered a brilliant mind, wasn’t able to adapt the New Republic to the digital era mean that the written press is doomed?

I don’t think so – but I am an incurable optimist.

Chris Hughes failed because he was unable to manage change. It is impossible for a leader to take their company into the future if they don’t deeply transform it from the inside. To do that, they must convince their teams to embrace their vision.

Being an expert in the market segment at stake and a brilliant mind is not enough to manage change. A transformative leader must first and foremost be able to motivate the teams that implement the strategy. In contrast to Chris Hughes, Amazon’s Jeff Bezos has succeeded so far to mobilize the Washington Post’s team.

Because of the importance of the press in a democracy, content-minded individuals1 are most often appointed at the helm of newspapers and magazines. Too often, their management ability – or inability – is not taken into account in these appointment decisions.

But change management is a skill.

Book Review: "The Score Takes Care Of Itself: My Philosophy Of Leadership" By Bill Walsh With Steve Jamison And Craig Walsh (2009, 288 Pages)

Book Review: “The Zero Marginal Cost Society: The Internet Of Things, The Collaborative Commons, And The Eclipse Of Capitalism” By Jeremy Rifkin (2014, 368 Pages)