Rear Admiral John Kirby, the Pentagone’s Chief Communicator, is the first casualty of the appointment of Ashton Carter, the new U.S. Secretary of Defense, who wants to bring in his own communicator.

This decision has surprised many in Washington D.C. since John Kirby was unanimously recognized for his success in his duties. However, it is put into perspective by the fact that Kirby had himself been appointed in the wake of the designation of Chuck Hagel as Defense Secretary in December 2013.

It is not news that the position of chief communicator is very precarious. 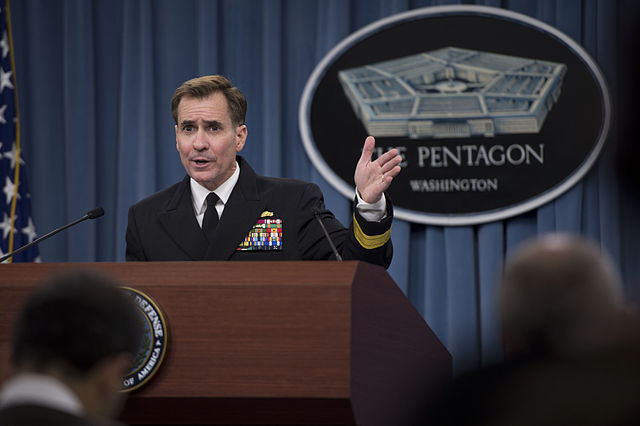 It is fashionable for political and business leaders to claim that they don’t care so much about communications. In fact, many leaders consider communications so important to their future success that they aptly see the selection of their chief communicator as a strategic decision.

A month ago, POLITICO reported that Hillary Clinton had filled all the senior positions in her presidential campaign team except for that of chief communicator.

What is true in politics is also true in the corporate world.

In that respect, Henry Ford explained that

“The two most important things in any company do not appear in its balance sheet: Its reputation and its people.“

These are precisely the two elements that are at the heart of the communicators’ work: The credibility of a company in its markets and the mobilization of its teams. Not less importantly, chief communicators also manage the public image of their CEO.

This is why savvy leaders are aware that few positions are more important to their success than that of chief communicator. They most often select for this job a professional with whom they share a lasting trust and a strong intellectual bond.

Hence, chief communicators who are laid off when a new CEO is appointed should thank the latter for recognizing, albeit implicitly and painfully, the influence of their profession.

Paradoxically, the disposability of communicators demonstrates their importance.

Book Review: "The Start-up Of You: Adapt To The Future, Invest In Yourself, And Transform Your Career" By Reid Hoffman And Ben Casnocha (2012, 272 Pages)