A political consultant, David Axelrod was the chief strategist of Barack Obama’s 2008 presidential campaign and a senior advisor to President Obama at the White House.

In “Believer“, Axelrod recounts his political career and his long, close collaboration with Barack Obama whom he followed from the local Chicago political scene to the pinnacle of political power in Washington D.C. 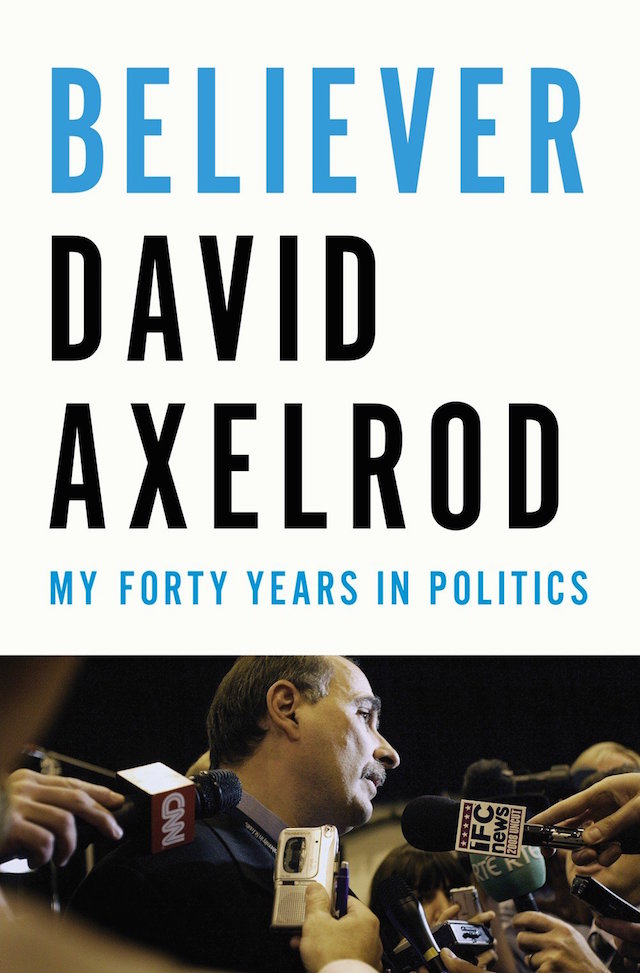 “Believer” reads like a real-life version of “The West Wing” – without Donna and Josh charming banter. It is marked by the same idealism and difficulty to grasp Washington’s decision-making processes. The book’s honesty makes it very credible.

Axelrod writes that, “throughout the campaign, Barack told me that he felt better prepared for the challenges of the presidency than he had for the often absurd and trivial demands of running for it.” Apart from Obama’s legendary self-confidence, this quote shows that the future President probably had underestimated the job.

In the book, Obama appears to be a most respectable individual, a savvy crisis manager, and a courageous reformer of health care. But he falls short in international affairs. Also, he doesn’t seem to focus as much on the regulation of Wall Street, the transformation of the energy market and gun control as he does on health care.