The medical team at the Chamonix hospital focused on my severe – and spectacular – hand injuries. I had pain all over my body but did not receive a comprehensive orthopedic examination. It was not until six months after my accident that, faced with persistent back pain, I underwent scans that revealed that I had fractured two lumbar vertebrae. Several years later, a routine X-ray would reveal a third fracture, this time of a thoracic vertebra.

The situation with my lumbar vertebrae progressively deteriorated until it required a spinal bone graft in May 2014. In the aftermath of the surgery, I was flat-bedded for a year before spending six months in a rehabilitation center. Unfortunately, the graft never fully took. Today, I still suffer from more or less severe daily pain depending on my activities, even if, thanks to the work accomplished with Audrey Monier, the exceptional physiotherapist who has been taking care of me since my graft surgery, I experienced a significant improvement in this respect two years ago. My pain crises are less frequent and my daily pain less disabling. But I had to wait another two years before I could try to rock climb again.

A few days ago, I put on my climbing shoes for the first time, seven and a half years after my surgery and nine years after my latest climb on a rock face. I have almost no muscle mass and the stamina of a sloth, but it was an absolute pleasure to climb again (indoors at this point), even if I didn’t achieve any worthy climb. To start again from scratch twenty years after my accident is an ambition that must be self-sufficient. 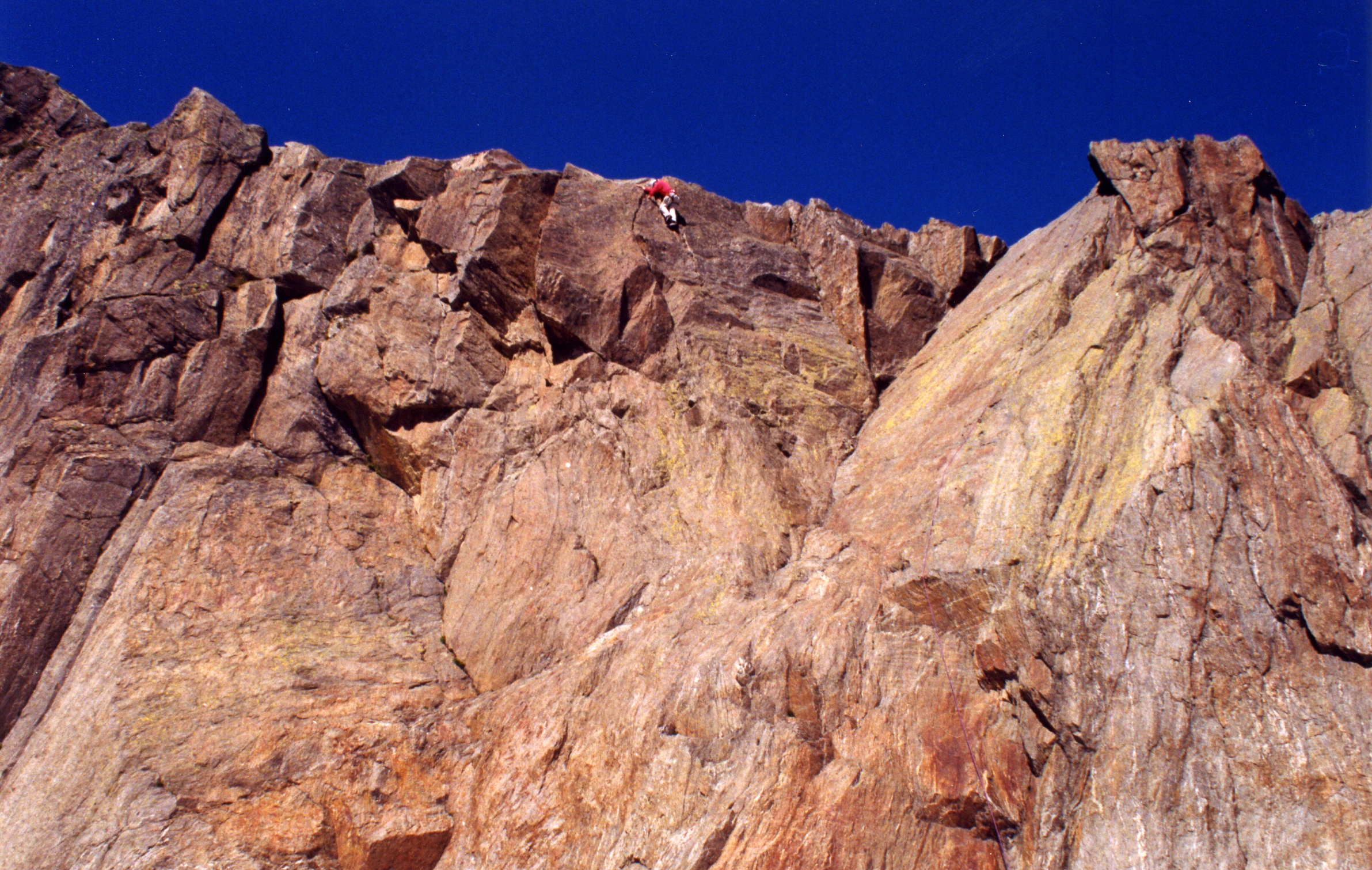 I have learnt four things from this journey.

First, while one of the first things you learn in rock-climbing is that balance is found in movement, I learnt immobility following my bone graft surgery, first by being bedridden and then by being deprived of my favorite sport for so many years1. Resilience is often a matter of patience, and this is a congenitally impatient person telling you that.

Second, the light at the end of the tunnel is not always the way out. It can also be a truck coming at you. I had several low points during my post-op recovery. Three are etched in my memory. The first covers the six months of my failed graft: My vertebrae were no longer securely attached to each other, and the pain was more intense than I thought possible. The second is the day – December 2, 2014 – when I was told within hours that the bone graft surgery had failed and that I had lost my job as a chief communications officer of a large company. I wouldn’t get my beloved job and team back, but a month later, the first bone bridges would appear on a CT scan meant to strategize for the second surgery that would have fixed my spine with rods and plates, a procedure that would have proven even more disabling than the situation I am in today. Another memorable low point was during the initial phase of my rehabilitation when my back no longer supported my torso: When I sat down, I fell forward to the floor.

The third lesson is that guilt is the best medicine for feeling down. I should have died in my fall – I was only saved by a miracle (which I recount in this TEDx talk). I know all the more how lucky I am because I have had three other encounters with death (three cardiac arrests). I want to deserve my second, third, fourth and fifth chances by trying to be the best version of myself that I can be.

My fourth and final lesson is the refusal to be the least troubled by daily stressors: I refuse to even mention them orally so that they don’t pollute my brain. I know, after my repeated flirtation with death, how precious every minute of life is, and it is out of the question to waste any of it by letting my daily problems have a hold on me. To dwell on one’s problems over and over again is to magnify them. Not talking about them doesn’t prevent us from fighting to solve them. As Aldous Huxley wrote, “experience is not what happens to you. It is what you do with what happens to you.”

Twenty years ago, I almost descended into Heaven during a rock-climbing fall. Today, I am humbly trying to climb back up. This will be the most difficult climb of my life and I hope I will not disappoint myself.

1 My other favorite sport, tennis, is probably forever off limits for me because it requires countless rotations of the torso.

The Secret To Influencing A Narcissistic CEO