The greatest melodist in the history of pop music has given an interview to British magazine Esquire.

The journalist asked him what keeps him writing new songs and touring the planet at 73 whereas he has been the richest and most revered pop star in the world for decades now.

Macca’s answer is a lesson in doubt and self-challenge. 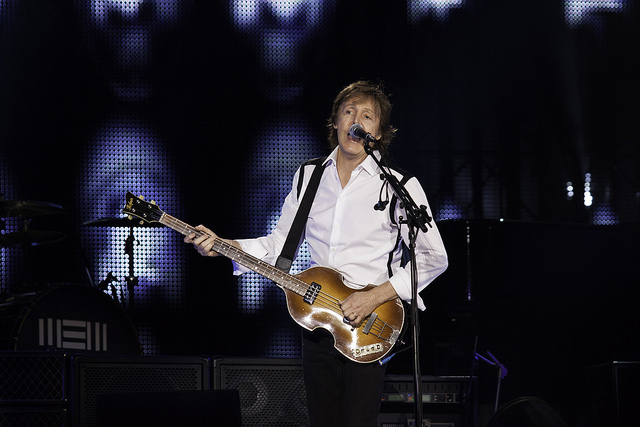 I feel all the time that I still have something to prove. And it is a silly feeling. And I do actually sometimes talk to myself and say, ‘Wait a minute: look at this little mountain of achievements. There’s an awful lot of them. Isn’t that enough?’ But maybe I could do it a bit better. Maybe I could write something that’s just more relevant or new. And that always drags you forward.

I mean, I never really felt like, “Oh, I did good.” Nobody does. Even at the height of The Beatles. I prefer to think there’s something I’m not doing quite right, so I’m constantly working on it. I always was, we always were. I think that’s just artists in general. (…)

Those songs were launched by The Beatles, the biggest band ever. If I had ‘Let it Be‘ now, it just might not get as much attention. You might not be able to make a record as Beatle-y or as harmonious as the record we made. But it doesn’t stop me trying.“