The Height Of Success Is To Contemplate One’s Own Failure

GQ devotes a fascinating and moving article to Buzz Aldrin, a war hero, world-level scientist and, incidentally, the second man to walk on the moon.

By achieving his life’s goal*, Buzz Aldrin lost the meaning of life. Upon his return from the moon, he went through two divorces, an alcohol rehab stint, and a bankruptcy. All that led him to become a salesman in a Cadillac dealership.

“He was in his forties, a conqueror with nothing left to conquer but his own demons.“

Neil Armstrong, who first touched down on the Sea of Tranquility, was able to subsequently live a normal life as an academic and businessman, and didn’t experience Aldrin’s descent into hell. 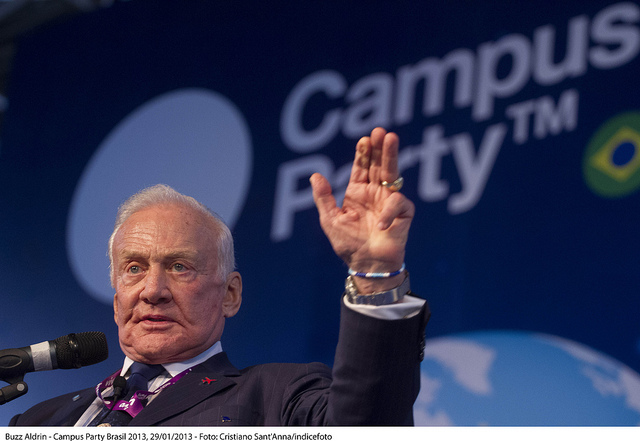 The height of success is to contemplate one’s own failure… to find new ways to self challenge.

In the article in which I shared my life’s philosophy with you, I wrote that

“Life is an endless learning experience and hence is a limitless challenge to self-certainty.

Each person is a being in perpetual development and can never, with very few exceptions, realize their full potential.“

Buzz Aldrin is one of those exceptional individuals who have achieved their full potential. I am convinced that this is the worst possible fate for a human being because it drains life of both meaning and hope.

It may be best to never achieve all our objectives in order to keep enjoying the freedom bestowed upon us by our desire to grow.

* He who had always been the best at everything he attempted was also haunted by being the second man to walk on the moon, not the first.

The Management Lesson Of Eleanor Roosevelt