Paradoxically, perhaps, the endless fragmentation of the media industry leads to an increasing usage concentration.

The same dynamic is at work in the television industry.

In this case, viewing habits are not only influenced by the number of accessible channels (aka applications) but also by the multiplication and diversification of other media offerings. 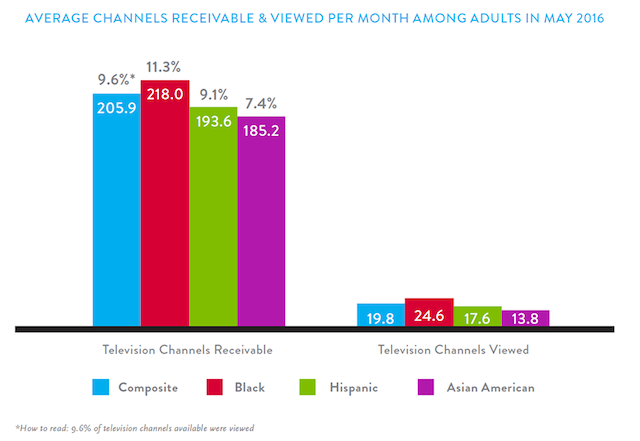 The latest Nielsen study shows that, on average, American viewers watch less than 10% of the television channels they receive (see the graph reproduced above). This proportion is declining even though American households have access to an unprecedented number of channels (205.9 on average).

According to Nielsen, the decreasing number of viewed channels is due to the development of digital media practices: While Americans watch an average of 19.8 television channels per month, they visit 55 websites and use 28 mobile applications.

The Processing Speed Of Your Brain Will Leave You Speechless