Showing respect to a manager before disagreeing with them doesn’t help anyone.

It places the employee in a position of inferiority and twists the discussion that they are going to have with their superior. Consciously or unconsciously, both individuals are going to be influenced by the balance of power that has just been restated.

As a result, the conclusion of their exchange may not depend solely on the value of their respective ideas. It may result from the manager’s lack of listening skills or his propensity to use authority arguments, and from the employee’s fear of challenging his eminent interlocutor or taking an intellectual risk. 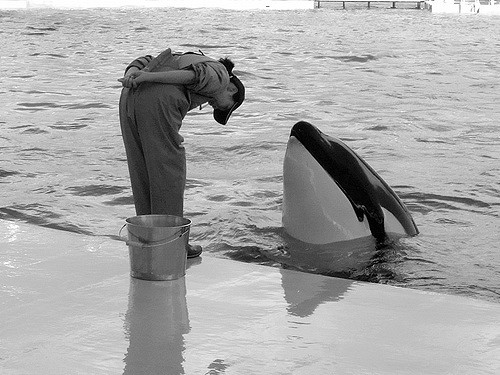 Respect is earned, not demanded. Once it exists in a relationship, real respect is about giving one’s best and telling one’s truth. In this regard, I agree with the comment once made by the late Ted Kennedy:

“What good does it do to have a bunch of adivsers who just agree with you? I can agree with myself if that’s what I want.“

This is why I always focus on serving, rather than pleasing, my boss and ask my employees to challenge me in order to help me grow.

Obviously, the idea is not to systematically disagree with one’s manager and behave like a rebel teen. It is to be one’s self and realize that the intellectual spark comes from the exchange of ideas and not from obsequiousness.

All leaders can benefit from the skills and experience of their employees: As management guru Peter F. Drucker wrote in a seminal 2004 article in the Harvard Business Review, “there’s no such thing as a universal executive genius.” Managers who are not used to being open in all their discussions with their employees will not be able to listen to the latters’ ideas when they need to.

Last but not least, a disagreement is a sign of respect because it implies being honest, sharing one’s ideas, intentions, and emotions. As a matter of fact, candor depends on trust. Otherwise the expression of a disagreement would often turn to a conflict. Conversely, two individuals who respect each other can agreeably disagree and learn from their differences.

To do so, a manager and their employee each have a responsibility: