Beyond their competition to dominate the video market, Disney and Netflix also clash with regards to managerial culture.

The $52.4 billion, all-stock acquisition1 of 21st Century Fox by The Walt Disney Company is a seismic shift in Hollywood: It brings together for the first time two of the Big Six major studios. It’s also one of the biggest media deals of all time and the largest acquisition ever made by Disney.

For his part, after 12 years at Disney’s helm, Bob Iger’s contract as CEO is being extended for the fourth time, this time until 2021 (his retirement was initially scheduled for April 2015). Under his leadership, the Company’s annual profit has increased more than threefold.

In addition to strengthening its position in the local sports market, the key effect of that acquisition is to give Disney the means to build a competitive streaming platform able to challenge Netflix and to strengthen its relatively weak position in international television markets (half of Netflix subscribers reside outside of the United States). 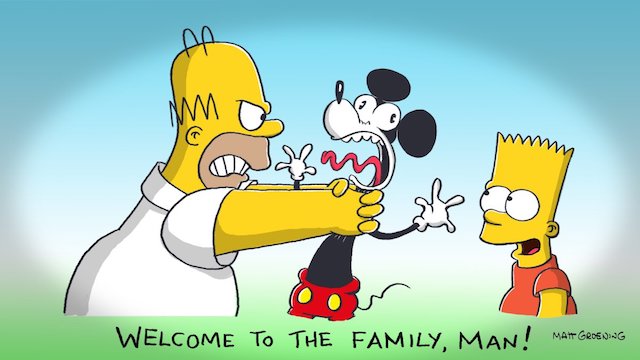 Said streaming platform will feature premium content. Indeed, once its acquisition of 21st Century Fox is completed, Disney will notably control seven of the ten top-grossing movies of all time (in this list, films not controlled by Disney are in italic):

The Disney streaming service is scheduled to open in 2019. It will also benefit from the fact that the Company, as part of its acquisition of 21st Century Fox, will take the control (60%) of Hulu, a streaming platform that counts 15 million subscribers. One last, but definitely not least advantage of the deal is that all content acquired by Disney will not be accessible to Netflix and its subscribers.

The digital video giants – Netflix but also Amazon, Apple, Facebook and Google/YouTube – are obviously the prime targets of Bob Iger. The video ecosystem is disrupted by changing consumer habits (see graph below). This is why Bob Iger explains that his priority is the deployment of his direct-to-consumer strategy, which runs counter to the history, business model and culture of the Company he leads. 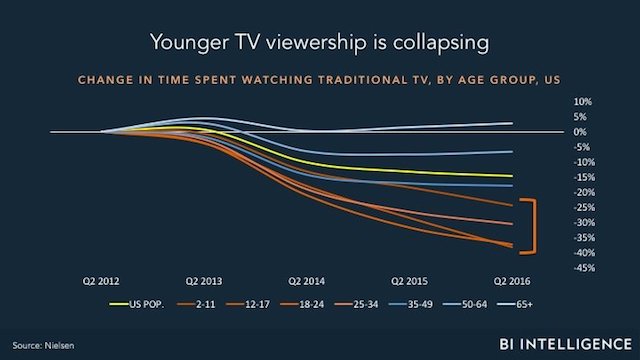 Indeed, Disney is a conglomerate that acquires the best content producers (ABC, ESPN, Pixar, Marvel, Lucasfilm…) in order to distribute their content to as many households as possible. In that respect, Disney has everything of an empire that is gradually extending its power by conquering new territories (i.e. acquiring companies) ever further from its heartland.

For corporations and empires alike, the biggest challenge is to integrate the peoples/companies they conquer/acquire since between 70 and 90 percent of M&A deals fail to create value. In his book The Curse Of The Mogul, banker Jonathan Knee shows that mergers and acquisitions done in the media sector most often deliver disastrous results: They enrich the concerned media executives and their bankers but not the shareholders.

Yet, Disney shareholders have nothing to complain about the acquisitions made by Bob Iger. Indeed, few executives3 have successfully conducted as many major acquisitions as him: Pixar ($7.4 billion), Marvel Entertainment ($4.2 billion), Lucasfilm ($4.1 billion), and BAMTech ($2.6 billion).

That track-record is all the more exceptional since the success of those companies is entirely based on their creative culture, an intangible asset that is much more difficult to preserve than, let’s say, industrial processes. This is why Jeffrey A. Sonnenfeld, a dean of leadership studies at the Yale School of Management, considers that:

“To get Disney, Marvel, Pixar and Lucasfilm to even operate on the same planet is a herculean task.“

That is perfectly demonstrated by the illustration tweeted by the executive producer of “The Simpsons” upon the announcement of the acquisition of 21st Century Fox by Disney (see above).

Moreover, Disney, a media company, is not measured by the same criteria as its tech-based competitors. Wall Street provides the latter with virtually limitless financial resources and profitability roadmaps. 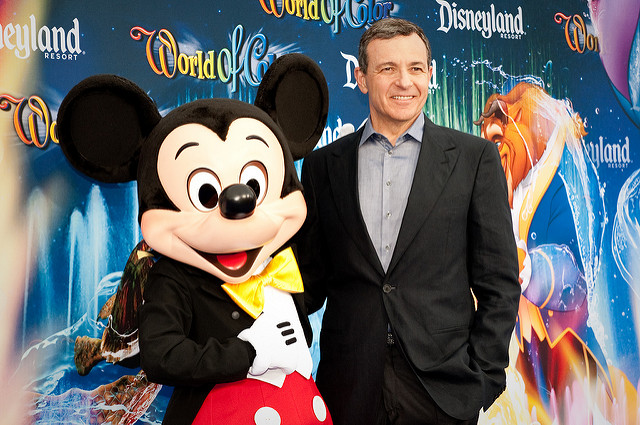 Among those tech-based competitors is Netflix.

If Disney is an empire, Netflix is the prince of transformation. Its success is built on a series of transformations each of which would have been impossible to achieve for the overwhelming majority of companies:

Each of these transformations has created challenges that are very easy to underestimate. They make Netflix an almost unique case in corporate history of a company that is able to completely reinvent itself at short time intervals and always come out stronger. That feat results from a singular culture of risk-taking. For example, Reed Hastings recently explained that Netflix does not cancel enough shows and has too many hits, which he considers to be the sign that it is not taking enough risks. 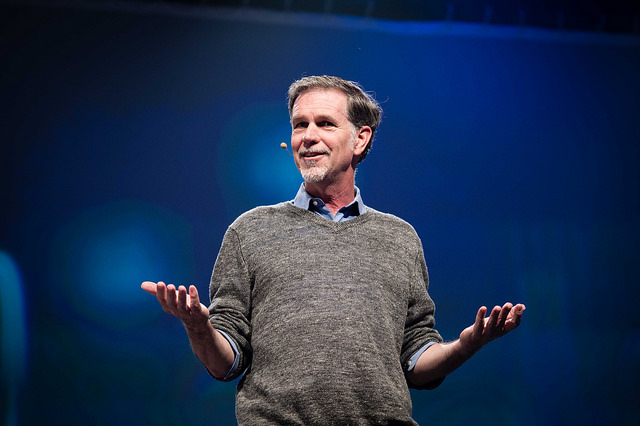 It is certainly Netflix’s culture that poses the biggest threat to old media empires. Precisely, it is that culture that Bob Iger is challenging by acquiring 21st Century Fox – for one who really wants to defeat their opponent, the best point of attack is where they are strongest. With that deal, Iger is indeed making a bet worthy of the new economy champions.

In the end, Bob Iger is initiating Disney’s transformation from a horizontal to a vertical business model. That is one of the most complex transformations for any company and even more so for a corporation with the size and story of Disney.

If he succeeds, he will show that an empire can be as agile as a princedom.

1 Disney will also take on $13.7 billion of debt, bringing the total value of the transaction to $66.1 billion.

2 The deal provides Disney with the opportunity to reunite the X-Men, Fantastic Four, and Deadpool with the Marvel family under one roof.

3 Among them John Chambers (Cisco) and Jack Welch (GE).