It imposes the highest level of accountability.

In fact, professional sports promote greater accountability than the corporate universe, which itself surpasses the political world in this domain.

During the last U.S. presidential campaign, former Hewlett-Packard CEO and Republican primary candidate Carly Fiorina explained the level of accountability she was required to provide when she was heading the Silicon Valley giant:

“If I misrepresented [Hewlett-Packard’s] results or projections in any way I was held criminally liable. Imagine if a politician were held to that standard of account.“

On the contrary, in politics, “promises only commit those who listen to them“, as French Third Republic politician Henri Queuille once said. It is therefore much better to be a political leader than a business leader if you are incompetent or dishonest. 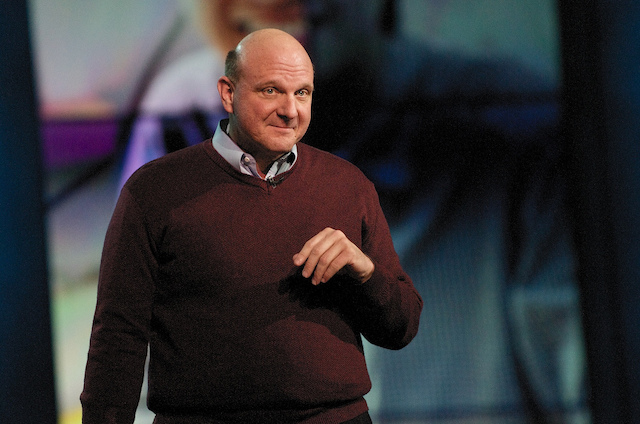 But the world of professional sports is even more demanding than that of business.

This is what Steve Ballmer, CEO of Microsoft from 2000 to 2014, learnt when he acquired the Los Angeles Clippers professional basketball team a few months after leaving the company founded by Bill Gates and Paul Allen.

He went from an organization of 128,000 employees (and 86 billion dollars in revenue) to one of a few hundred people.

Yet, as he explained at the Wall Street Journal‘s WSJ Tech D.Live conference, he is far from finding his new job easier than the previous one:

“Customers and shareholders assess businesses. But they’re casual. Casual compared to the millions of fans who are sitting there studying every move, who have access to all the performance data that you do.

Every 24 seconds1, everybody knows how our teamwork is. You want accountability? Sports. I find the level of accountability frightfully more powerful than I did when I was CEO.”

In my opinion, there are at least two differences between the world of business and that of professional sports.

The first is the reciprocity of accountability that characterizes a professional sports team. The individual commitment is stronger than in any other environment because a player’s performance depends on that of their teammates in front of the whole world. Imagine if, in a company, every action of every employee could be dissected to reveal whether or not they gave their best and prioritized team results over personal agendas.

The second difference between business and professional sports also stems from the visibility of each team member’s activity. That makes it impossible to look for excuses and/or make behind-the-scenes maneuvers. Imagine if no manager or employee could use these arguments to explain their failure.

In professional sports, the level of accountability is proportional to that of exposure. But such a tirelessly demanding activity cannot be accomplished without an extraordinary motivation. This is why the greatest coaches in the history of American professional sports2, whose management principles are studied in the country’s most prestigious universities, give at least as much importance to their team’s culture and purpose than to its tactical schemes.

Business leaders should learn from that approach.

1 The 24-second shot clock times a play and provides that a basketball team on offense that doesn’t promptly try to score points loses possession of the ball.

2 Foremost among them are Phil Jackson (read here) and Bill Walsh (read here).