Cramer is a Pulitzer-Prize winning journalist.

This epic tale (over 1000 pages) about the 1988 Presidential election is considered, as Ben Smith puts it, “the greatest modern presidential campaign book” even though it received poor reviews and little interest when it was published in 1992. 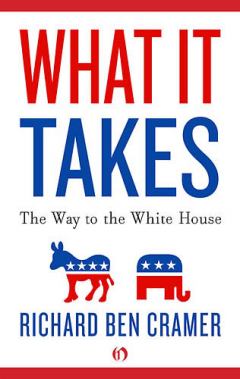 The specific added value of the book is that it focuses on the human beings who are trying to become President and not on the process of the campaign. The book shows what the campaign, the media and the voters do to these men (we are in 1988) before they can pretend to the biggest job in the world.

There are hundreds of stories in the book but Bob Dole’s recovery from his World War II wounds and Gary Hart campaign’s reaction to the Donna Rice scandal are probably the most incredible ones.