In his book Imagine: How Creativity Works (you can read my review here), Jonah Lehrer explores the great cellist Yo-Yo Ma’s relationship with musical emotions.

“I was nineteen and I had worked my butt off. I knew the music inside and out. While sitting there at the concert, playing all the notes correctly, I started to wonder, ‘Why am I here? What’s at stake? Nothing. Not only is the audience bored but I myself am bored.’ Perfection is not very communicative. If you are only worried about not making a mistake, then you will communicate nothing. You will have missed the point of making music, which is to make people feel something.” 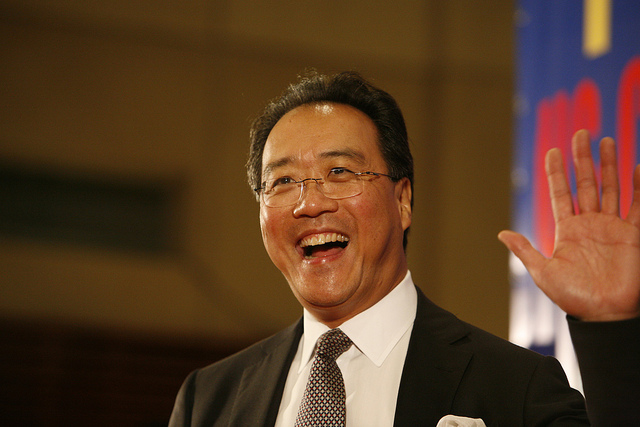 Since he had this epiphany, Yo-Yo Ma’s MO has changed. Instead of analyzing note by note from a technical perspective the music he will play, he wants to understand its overall meaning. Similarly, he is no longer serious and focused before a performance. He prefers to joke: Being relaxed allows him to express his emotions once on stage.

“I will make a mistake on stage. And you know what? I welcome that first mistake. Because then I can shrug it off and keep smiling. Then I can get on with the performance and turn off that part of the mind that judges everything. I’m not thinking or worrying anymore. And it’s when I’m least conscious of what I’m doing, when I’m just lost in the emotion of the music, that I’m performing at my best.”

Like the best musicians, the best communicators aren’t those who recite their key messages to the last comma but those who convey emotions. Moving an audience is the best way to leave a lasting memory.

Those who are lucky enough to attend a recital by Yo-Yo Ma remember that moment with much more fervor than if they had listened to the same music on their stereo. Similarly, those who saw Robert Kennedy (one of my heroes) deliver a speech were much more inspired than if they had read the speech verbatim in a newspaper.

Ultimately, the only difference between music and communication is that, when you communicate, you are your own instrument.