This is the thesis of The Economist. Is the British magazine right?

The Economist mentions the example of Lee Rigby’s assassination in the streets of London on May 22 by two individuals, one of which then made a statement that was filmed by a citizen with his Blackberry.

This “interview”, first broadcasted by ITV News, was picked up by television channels across the globe. These channels gave credit to ITV. In fact, the network’s journalists were the first ones on the scene of the murder and thus got the video filmed by the passerby. But they didn’t shoot the video themselves.

Based on this example, The Economist asserts that citizen journalism (i) improves the quality of news reporting and (ii) creates more jobs for professional journalists. If the first point is indisputable, the second merits discussion. 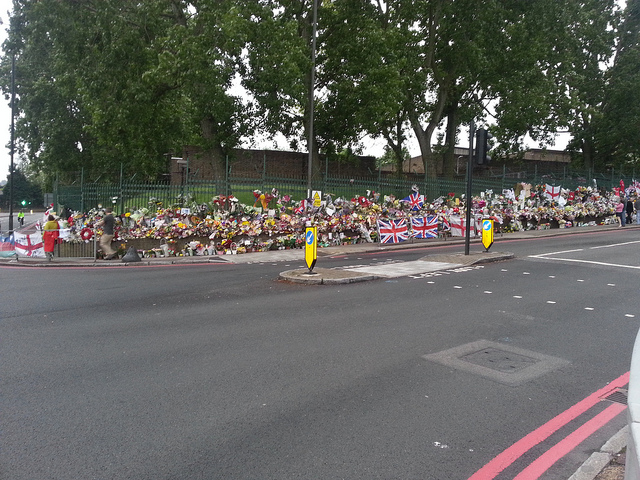 The London street where Lee Rigby was assassinated – (CC) kennelhamster

First, the horrifying assassination of Lee Rigby falls under the category of unpredictable events that only citizens can report. It is not the case, far from it, of all newsworthy events reported by citizen journalists, especially when they relate to situations that develop over time.

Second, the fact that people all around the world are now filming newsworthy events with their smartphones and cameras – 7,000 hours of news-related video are uploaded every day on YouTube – can prevent some media from sending reporters on site in order to reduce their costs.

However, the reporting of citizen journalists is not the only low-cost solution available to media companies. They can also, except for unpredictable events, purchase reporting (videos, pictures…) from other media, which is still cheaper than sending reporters on site. In this regard, citizen journalism represents a new facet of an old journalistic tradition.

This being said, claiming that citizen journalism creates jobs for professional journalists induces that media companies hire more journalists when there is more news to report. In fact, media companies’ investments are based not on the pace of the news cycle but on their revenues.

Book Review: "The Loudest Voice In The Room: How The Brilliant, Bombastic Roger Ailes Built Fox News – And Divided A Country" By Gabriel Sherman (2014, 560 Pages)

The Definition Of Media...