Promoting a Society committed to transparency AND tolerance.

Nowadays, every newsmaker is permanently submitted to the judgment of the court of public opinion. We want the right to know everything about everyone.

In this world of absolute transparency, heroes easily fall from grace. Indeed, as Hegel said, “no man is a hero to his valet.” The reason is simple: Since perfection is not of this world, intimacy is the surest killer of myths. In the Internet era, the world has become such an intimate place that those who could once pass for demigods now see their weaknesses exposed.

Therefore, if we do not want our perception of the world to be reduced to acrimony, we should understand that the right to error is inseparable from the right to know. 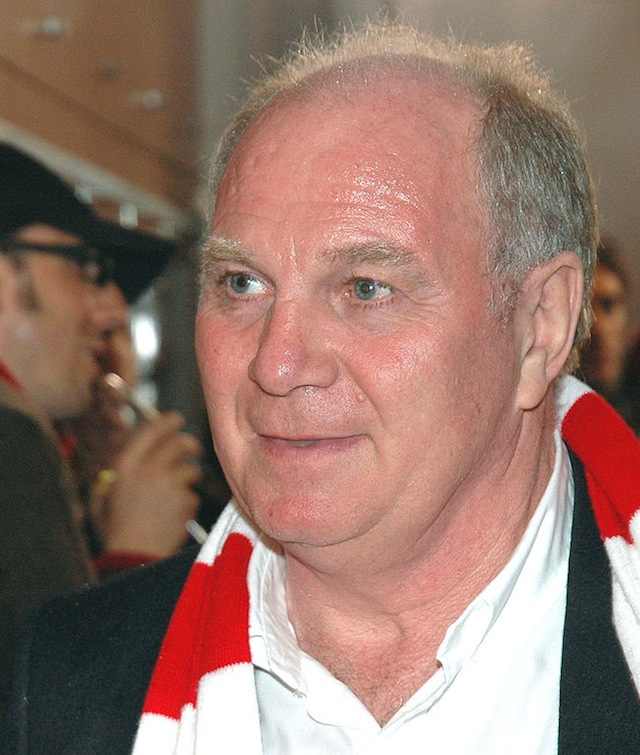 The spectacular fall from grace of Uli Hoeness gives us an opportunity to put this principle in practice. Hoeness was a prominent soccer player of Germany’s golden generation and until last Friday the President of one of Europe’s biggest teams, Bayern Munich.

He was an icon in Germany due to his brilliant soccer and business track records. He won all possible soccer titles and earned the respect of all he did business with. His sausage business was thriving. He led Bayern Munich to be one of the most financially sound and most successful soccer teams in the world. Last but not least, he was also appreciated for his philanthropic activities.

That is until he was convicted for a major tax fraud (over 27 million euros). Last Thursday, he was sentenced to three and a half years in jail and announced that he would not appeal the verdict and was resigning from his position at the helm of Bayern Munich: “After discussing the matter with my family, I have decided to accept the judgment. I have asked my lawyers not to begin appeal proceedings. This corresponds to my understanding of integrity, decorum and personal responsibility. Evading tax was the biggest mistake of my life. I accept the consequences of this mistake.” Rather than making excuses, Uli Hoeness embraced his mistakes and took full responsibility for them.

Will his honorful life (until his fall from grace) and dignified reaction to his sentencing ensure that we are tolerant enough to let him have a second chance? Can the right to error be inseparable from the right to know when the media mirror is so distorting?