Bob Woodward and Carl Bernstein are the two Washington Post journalists who uncovered the Watergate scandal.

In “The Final Days,” they describe the final months of Richard Nixon’s Presidency and give an hour-by-hour account of his final days in the White House. It is the sequel to “All The President’s Men.” 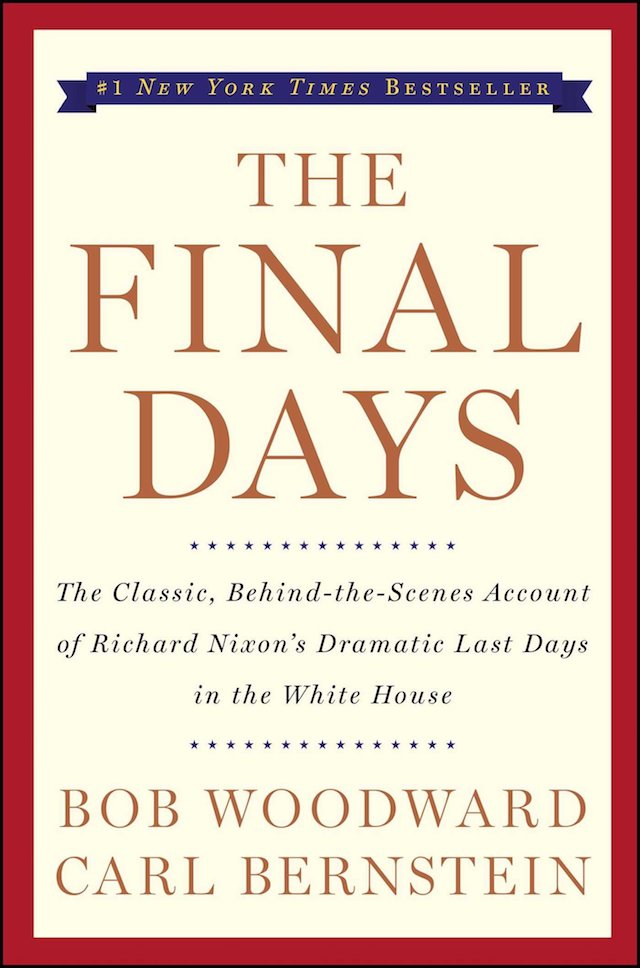 “The Final Days” offers so much inside, intimate information that it sometimes feels voyeuristic. Still, the real added value of the book is to give a human perspective to a political drama of Shakespearean proportions.

Believe it or not, this book is absolutely gripping even though we know the end of the story.

Obviously, one can’t read “The Final Days” without reflecting on the current political situation. In particular, it is extremely interesting to observe the evolution of the attitude of the Republican leadership.