Do not invest heavily in marketing on Google’s social network* because it unfortunately looks a lot like the hero of Dino Buzzati’s famous novel: It will never achieve the fame it aspires to.

Blogger Kevin Anderson published a very informative post on the actual usage of Google+ based on data compiled by Edward Morbius**.

Their findings are as follows:

Internet users who actually use Google+ thus represent 0.2% or 0.3% of the 2.2 billion profiles that are registered on the social network, or between 4 and 6 million people. 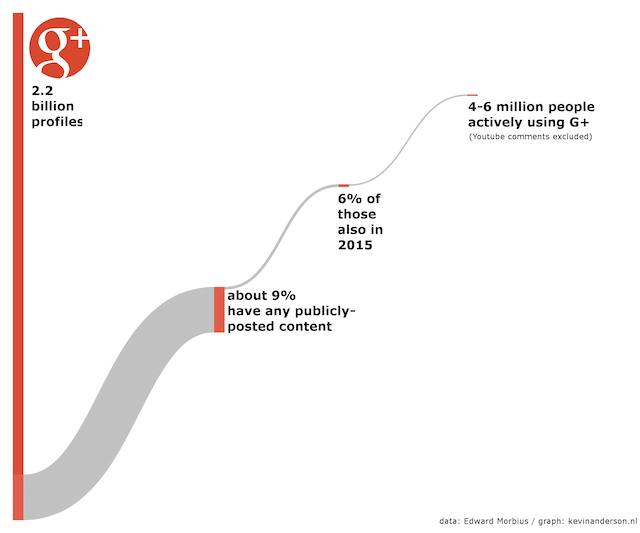 * Unless, of course, you expect the content posted on Google+ to be processed by Google Search’s algorithm.

** Who does use Google+ himself.