The level of political lying in some democratic societies is reaching a point that we thought – and hoped – would always be the apanage of authoritarian and totalitarian regimes.

The paradox is that the media is more open and free than ever, which should, in theory, secure the prevalence of truth.

Digital platforms certainly empower free speech. But they also allow the formation, without restriction of any kind, of communities whose members may be as geographically distant as they are ideologically close. Therefore, whereas traditional media created consensus, digital media generates dissension.

Already four years ago, I wrote that,

“The economy of the web – which allows anyone to produce and distribute content with near zero cost – results in an unlimited fragmentation of information sources.

That’s why the Internet is characterized by a communitarisation of thought: Each political organization and each clan within each organization can get the news and exchange in a closed circuit. […]

Internet certainly offers a repository of in-depth information and diverse opinions that is unprecedented in the history of mankind. But it also provides the means to remain sealed in a dark, ideological bubble without never exploiting this enlightening information.“ 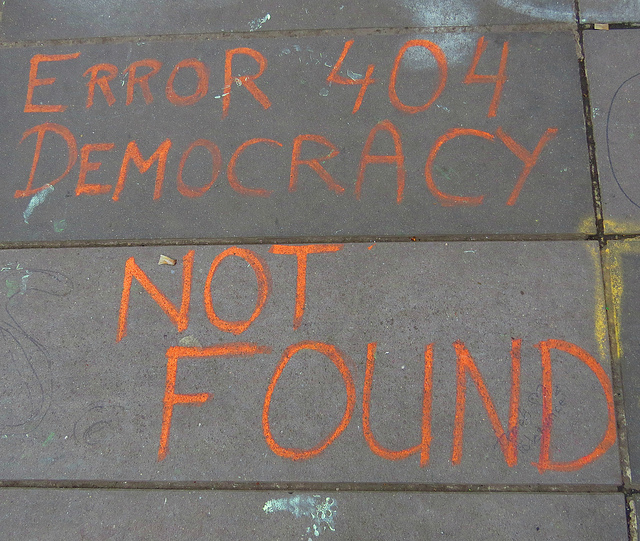 As a result, political leaders can more easily lie than in the past because they know they will be supported by their digital followers.

In this new context, journalists seem to be more or less consciously trapped by their own limitations: Their role as judge of intellectual elegance is rejected by politically polarized digital crowds and their fear of losing their audience leads them to abdicate their influence.

This evolution exacerbates the specificity of journalism. Its vital role in any democracy is akin to a public service but it can’t be assumed by state-owned entities because of the risk of political exploitation by the government.

Today, the real revolution isn’t citizen journalism – which augments traditional journalism but doesn’t alter its paradigm – but what I call “citizen editorialization.”

When everyone can express their opinion on the social web – and by extension in the traditional media – without any respect for the facts, reality becomes a fantasy.

“Everyone is entitled to his own opinion, but not his own facts.“

On the social web, everyone is entitled to his own opinion and his own facts.

The best recent example is the rhetoric used by Donald Trump to justify his claim that thousands of Muslim New Jerseyans cheered as the Wolrd Trace Center was coming down on September 11, 2001.

No credible objective evidence confirms that claim, which doesn’t prevent the billionaire from repeating it over and over. Trump uses a supposedly irrefutable argument to make his point: “Many people have tweeted that I am right.“1

Thus, social web dynamics make people complicit in their own deception. Is a crisis of democracy arising from an excess of democracy?

What is certain is that democracies can no longer afford the neutrality stance taken by journalists to avoid offending parts of their audiences. To be valuable to the Society, reporters should no longer present two sides of a story as if they had equal value when one is clearly a lie.

1 He also challenges journalists to prove him wrong, which he knows is impossible since one can’t prove a negative.

The Management Lesson Of Mark Zuckerberg And Sheryl Sandberg