In Disagreement With Bill Gates Re: The Role Of Internet In Political Perception

Microsoft’s founder spoke a few days ago to students at the University of Washington’s Paul G. Allen Center for Computer Science & Engineering (Seattle). He took the opportunity to express his views on the role played by Internet in the formation of our political perceptions. I am well aware of the enormity of what I’m about to write: I do not share his opinion in this regard.

The question put to him concerned the increasing polarization of the American political space, a topic that I have elaborated on several times on Superception (see here and here for example).

Bill Gates essentially made the following comment: “People do wonder if this polarization does come from the Fox News phenomenon, listening to people we agree with. The web does allow us to dig into topics. The health care reform bill comprises 2,300 pages. I’m not going to read it. Complexity, the fact that we can’t talk directly about issues, means we talk about personalities. Internet offers a chance to dive deeper.” 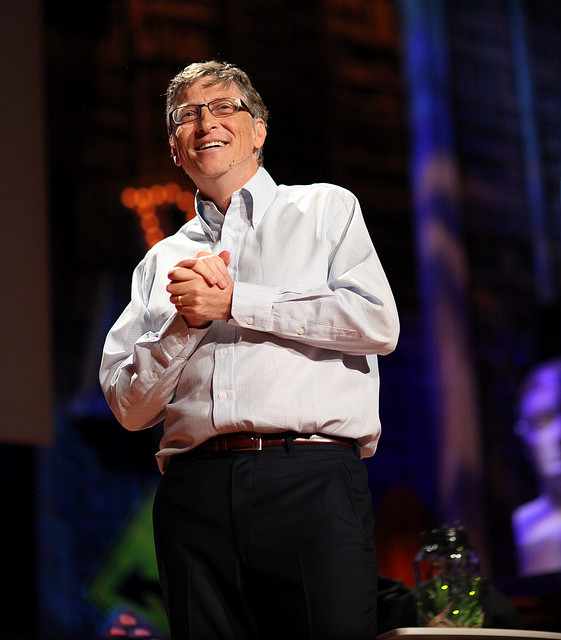 I agree with the first part of Bill Gates’ analysis which corresponds to what I wrote a few months ago: Now every citizen can get the news only from media that faithfully relay their ideas without ever being exposed to different lines of thought.

But I no longer adhere to Bill Gates’ reasoning when he distinguishes the web from other media in this area. Certainly, as he says, the Internet allows us to find rich content on all topics related to the news and thereby deepens our thinking. But that does not mean that the Internet is the cure for the current political polarization.

Indeed, the economy of the web – which allows anyone to produce and distribute content with near zero cost – results in an unlimited fragmentation of information sources. That’s why the Internet is characterized by a communitarisation of thought: Each political organization and each clan within each organization can get the news and exchange in a closed circuit. Still, TV channels and radio stations are less polarized than certain websites because they have to target a wider audience to cover their higher operating costs. Even on Fox News, one is exposed to more diverse opinions than on such websites as www.rightbias.com.

Internet certainly offers a repository of in-depth information and diverse opinions that is unprecedented in the history of mankind. But it also provides the means to remain sealed in a dark, ideological bubble without never exploiting this enlightening information.