The best book on the “trial of the century.”

Jeffrey Toobin is a former prosecutor and has been a legal analyst for the New Yorker and CNN for more than ten years.

“The Run Of His Life” relates O.J. Simpson’s trial. A former NFL and movie star, Simpson was prosecuted for the murder of his ex-wife, Nicole Brown, and her friend, Ron Goldman. He was acquitted despite a mountain of overwhelming evidence against him. 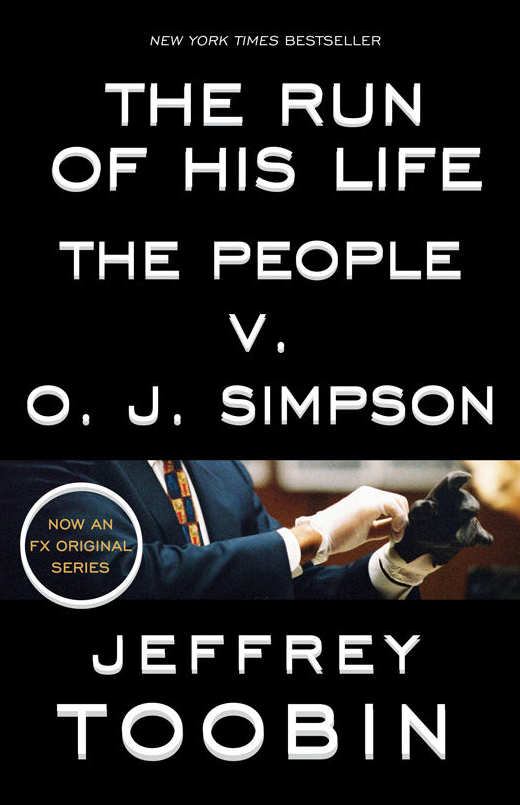 What makes this book remarkable is that it does not just recount the trial, but provides a comprehensive legal and psychological analysis.

Moreover, while his journalistic interest would have been to preserve good relations in the judiciary, Toobin spares no one in this case.

It’s not by chance that “The Run Of His Life” is unanimously considered as the best book ever written on the most extraordinary criminal case of the twentieth century.

The Chief Reason Why Brian Williams Should Go

What Role For Publishers In The New Media Value Chain?

I don’t necessarily believe this book is so great. It is obviously biased toward the guilt of O.J. Simpson. I was hoping for a more objective perspective.

Some may argue that it is biased toward his guilt because he was guilty, however, there are comments made throughout that are unnecessary and reveal clearly (as he intends) his feelings regarding Simpson’s guilt.

I did appreciate the inside information sense that Mr. Toobin provides. It’s too bad he colors this feel as well as bits and pieces of legal analysis with his opinion on the overall question of guilt or innocence, even at times advocating against defense arguments or for prosecution arguments. It may have been a more interesting choice for him to include a chapter or two at the end explaining his perspective and arguing for Simpson’s guilt if he felt compelled to share.

Just to be clear, my perspective at the time of the verdict (having watched a great deal of the proceedings on TV) was that it is very possible O.J. Simpson indeed killed Ron Goldman and Nicole Brown, but that the prosecution did not prove the case beyond reasonable doubt. This remains my perspective. Also, I did and do believe that if O.J. Simpson did not kill them, he likely had something to do with it or at least knew who did.

Hi Quentin,
We will have to agree to disagree on this one.
Indeed, I don’t consider that this book is biased toward Simpson’s guilt since O.J. was guilty as proved by the unprecedented amount of physical (DNA, hair, fiber) evidence against him and confirmed in the civil trial that wasn’t a circus like the criminal trial.
So that’s why Toobin expresses his feelings re: Simpson’s guilt as he does re: Clark’s strategy, Cochran’s ethics and so on. His book isn’t a legal treaty; it presents his perspective on the case. I think that adds a lot of value to the book because it explains the dynamics of the trial.
Best,
Xophe

It’s unclear where we have a disagreement. You seem to acknowledge the bias I note toward Simpson’s guilt. I even pointed to the argument that the bias is perceived because he was and is in fact guilty. You seem to embrace that argument.

I do disagree with the claim of “unprecedented amount of physical evidence against him.” Unprecedented is overstating the case. Also take issue with any notion that the civil trial confirms anything about the criminal trial. Criminal trials have a higher level for the burden of proof (beyond a reasonable doubt) than civil trials (preponderance of the evidence) and one has not much to do with the other from that standpoint.

Keep in mind I also acknowledge the possibility of O.J. Simpson’s guilt of murder and my suspicion that he at least was involved or knew who committed the killings.

I also suggested Toobin could have placed his feelings at the end of the book rather than interspersing them throughout.

In summary, I believe we actually agree more than we disagree. Perhaps you believe the book was better than I do. This may be our main point of contention, though I did find it entertaining.

There is one point that should be emphasized regarding the criminal trial. This is a question that Toobin seems to de-emphasize to some degree, likely due to his bias in favor of Simpson’s guilt. What was a jurist supposed to do when one of the key police officers involved is shown to not only have lied and committed perjury in court, but to also be a person who has bragged about harassing and even beating citizens with a certain skin tone and using derogatory language toward them in a manner that suggests he regards them as less than human? Keep in mind he even spoke of having planted evidence against them in the past. Isn’t that a significant collection of facts and information or should this just have been ignored?

Hi Quentin,
Our disagreement is that I don’t believe that Toobin is biased since Simpson was guilty. If the sky is blue and someone says “the sky is blue”, they aren’t biased. I am stating a fact. IMHO, that’s what Toobin is doing. He doesn’t claim out of the blue that Simpson did it; he bases his statement on the facts outlined in the trial.
The argument on the “unprecedented amount of physical evidence” is not mine. It’s Toobin’s and Clark’s in their respective books.
The civil trial did confirm Simpson’s guilt in that it brought new evidence to light, for example re: the murderer’s shoes.
Re: your final point, Fuhrman was a despicable racist but/and Simpson was guilty. The prosecution showed during the trial that Fuhrman could not have planted the only evidence he found (the glove at Rockingham). And, even if he had (which he couldn’t), all the other physical evidence pointed to Simpson. Fuhrman should have been punished for his perjury but his racism didn’t have an influence on Simpson’s guilt as long as he couldn’t have planted the evidence against him.
Last but not least, Fuhrman was in awe of Simpson, as demonstrated by his behavior in the 1985 domestic violence incident and his attitude during his visit at Rockingham.
If you are interested (and want to use Google Translate), I have written a 5300+ words post on the Simpson trial in the French section of Superception.
More food for thought… and debate. 🙂
Best,
Xophe

My understanding of the word bias does not exclude situations where the bias is due to the facts having lead to a certain conclusion. I was hoping for a “clinical” analysis of the legal issues and ramifications. What Toobin presented was sometimes something in that direction, however, often it came across more as his critique of the merits of the defense case, his judgments regarding the ethics of the defense tactic of incorporating questions about racially related motivations and his rooting for (as if the verdict might somehow be revisited) the prosecution arguments of which he approved combined with his lamenting of prosecution strategies, tactics and arguments which he found unnecessary or inadequate.

The Mark Fuhrman issue has not so much to do with whether he dislikes black people or is a “racist.” The point is he was a key part of the prosecution’s case. The idea that he was likely a known bigot but allowed to remain on the police force calls into question the policies, procedures and practices of that organization. Also, the likelihood that the prosecution knew or at least suspected that Fuhrman was lying about some of his actions but still appeared to rely on his testimony as well as his standing as a police officer casts uncertainty over their judgment and integrity. In reality the prosecution position was “. . .we all know Mr. Fuhrman lied about these unrelated items under oath, however, we know he is trustworthy enough for us to believe him about these details related to Mr. Simpson’s guilt.” At best that is a poor strategy.

It does get cloudy, because I, as an observer on television, was privy to more information regarding the details of Fuhrman’s activities and statements than the jurors were supposed to have been. It’s difficult to remember clearly what the jury officially heard and what they may not have heard.

Hi Quentin,
You initially wrote that Toobin’s book was “obviously biased toward the guilt of O.J. Simpson” and that’s what I disputed since he was obviously guilty. But, other than that, I fully agree with what you wrote in your last comment re: “The Run Of His Life.”
Re: Fuhrman, again, he was a despicable racist but he couldn’t have planted the one evidence that he found. And I think that the prosecution had no other choice than to put him on the stand, since, otherwise, the defense would have done it anyways. IMHO, the prosecution’s mistake was to trust him before the tapes were made public – but it’s easy to play MMQB after the fact. 🙂
Your comment on what the jury knew and didn’t know is absolutely valid. But I guess that they knew more thru their families that they should have, including on the Furhman tapes because of the defense-driven media leaks.
Best,
Xophe

Jeffrey Toobin, The Run Of His Life: The People v. O.J. Simpson