What If Love Was The Best Approach To Management?

At the conclusion of each “Saturday Night Live” episode, the entire cast appears on stage and hugs each other.

It is a moment that always inspires me because, let’s not mince words, it exhibits love. Yet, like in every group of a few dozens of people (and even more so in the television business), there must be some competitions, jealousies, enmities, and even rivalries in the “Saturday Night Live” team. But they don’t show during this moment of sharing.

Certainly, the stress generated by the high-stakes production of a one and a half hour show broadcasted in front of a live audience can partly explain such an emotional celebration. But the SNL crew is accustomed to that weekly challenge. 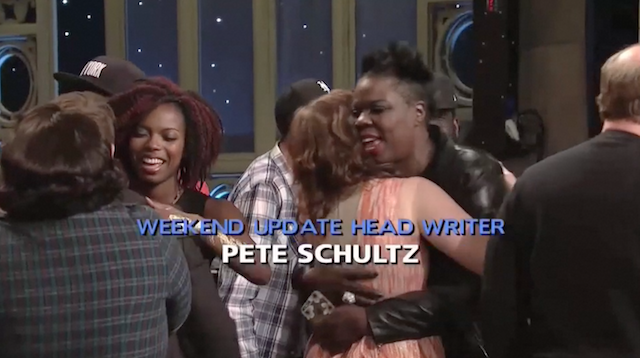 In fact, this collective enthusiasm stems from a great team spirit that is all the more remarkable since the composition of the SNL cast evolves every year.

What interests me is not so much the sustenance of that team’s love – about which I have no information – but its ritualization. I am convinced that the latter feeds the former, just as good liturgy nourishes faith.

Accordingly, each manager has to determine the appropriate nature and pace of the collective rituals of their team.