In the past few weeks, football has taught us two life lessons.

A month ago, the University of Alabama’s Crimson Tide faced the University of Georgia’s Bulldogs for the CFP national championship. Before the game, Alabama’s quarterback, Jalen Hurts, had 26 wins in 28 games as a starter. However, Alabama being led 0-13 at half-time, Hurts was benched and replaced by freshman backup quarterback Tua Tagovailoa, who led his team to an incredible victory.

In the same situation, all players would have more or less aggressively expressed their rage to the rest of the world. This is why ESPN cameras more than once cut to Hurts during the second half of the game to broadcast his discontent. But there was nothing negative to show.

In fact, Jalen Hurts kept cheering his team on and supporting his backup. After Tagovailoa threw a 41-yard laser touchdown to give Alabama an overtime victory, Hurts took the victory lap with his team, wearing the biggest smile imaginable. 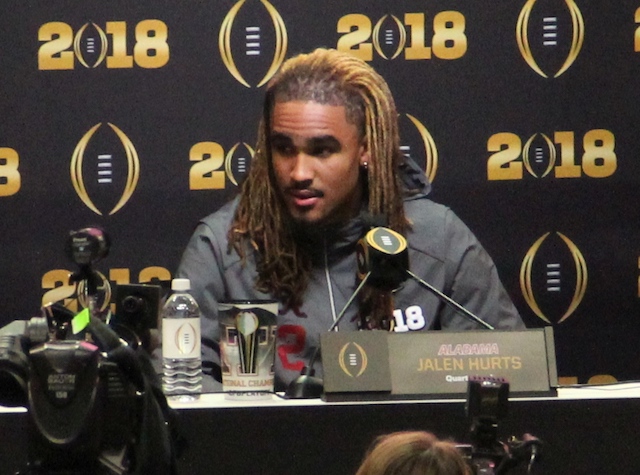 After the game, the young player explained his reaction:

“It was important for me to stay true to myself and be the person I am, and be the leader I am, regardless of the circumstance. It’s my duty to do things like that, and do all those things genuinely.

Nick Foles, the Philadelphia Eagles quarterback, was in some sense the Tua Tagovailoa of the Super Bowl. He took over for starter Carson Wentz, who injured his knee in the latter part of the regular season, led the Eagles to their first Super Bowl win in franchise history, and was voted the game’s most valuable player. 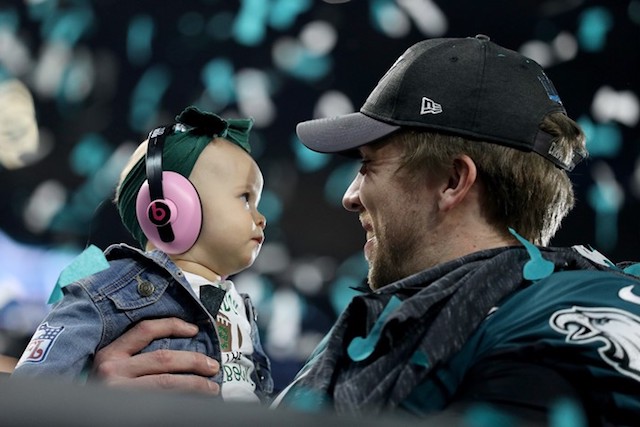 After his historic victory over Tom Brady and the Patriots, Nick Fowles echoed Jalen Hurts’ message:

“I think the big thing [to tell people] is ‘don’t be afraid to fail’. I think in our society today, you know, Instagram, Twitter, it’s a highlight reel. It’s all the good things. Then when you look at it, then you think like, ‘wow’, when you had a rough day or your life’s not as good as that, you’re failing.

And failure’s a part of life, that’s a part of building character, and growing. Without failure, who would you be? I wouldn’t be up here if I hadn’t fallen a thousand times, made mistakes.

We all are human, we have weaknesses, and throughout this being able to share that and be transparent. I know that when I listen to people speak, and they share their weaknesses, I’m listening because I can resonate.

So, I’m not perfect, I’m not Superman. I might be in the NFL, and we might have just won the Super Bowl, but I still have daily struggles.”

Both of these stories teach us a life lesson. This is why the title of this article borrows from an Oscar Wilde quote1. The meaning we give to life determines the path we take. Sports, like art, magnifies that experience.

In that respect, nothing can replace authenticity: Authenticity towards oneself as in the case of Jalen Hurts and authenticity vis-à-vis others as in that of Nick Foles.

Both share the same vision that failure isn’t an end but the beginning of a learning journey. But they come to that conclusion from opposite directions: Jalen Hurts, the wonder boy fallen from grace, is starting his journey whereas Nick Foles, the unlikely hero, is finishing his… for the time being.