On the occasion of Paris Retail Week, let’s have a look at the new service offered by Foursquare, a location-based recommendation app, to retail advertisers.

It provides brands with data about their users’ movements even if they don’t run their marketing campaigns on Foursquare or its sister app, Swarm.

Geolocation is what Foursquare has been all about since it was created. That gives it an advantage towards advertisers compared to other social platforms, such as Facebook and Twitter, which are trying to improve their foothold in this market.

Foursquare has built a representative sample1 of 1.3 million Internet users (out of its 50 million active members) who track all their movements on the app. That enables its teams to work with some media companies to compare the behavior of consumers who have seen an ad with that of those who haven’t and to assess the impact of said ad on visits to the brand in question’s brick-and-mortar stores. 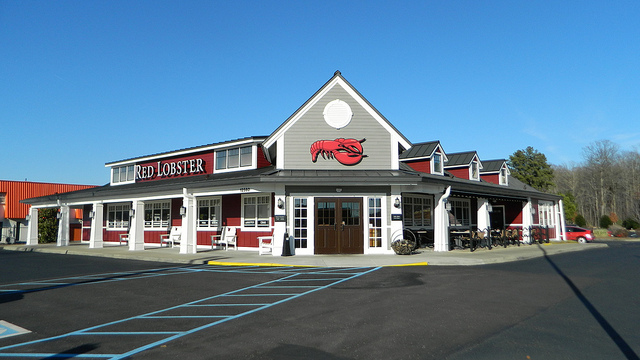 As part of a pilot project with Foursquare, social magazine app Flipboard showed one of its advertisers that its campaign had increased store visits by 12%.

In another experiment, Foursquare assessed the success of TV ads shown during the Super Bowl. Surprisingly, it found that the biggest winner in terms of foot traffic was the Red Lobster restaurant chain despite it had not run any ad during the game broadcast.

That’s because, during her half-time performance, Beyoncé gave a shout-out to Red Lobster in her new song (“Formation“). Sales at the franchise rose by 33% over the following days, which reflects the increase in restaurant visits measured by Foursquare.

Using geolocation data collected on our smartphones is increasingly important for advertisers, advertising platforms and adjacent companies such as Foursquare.

Just over a year ago, Google announced the addition of a new metric to the dashboard of its U.S. AdWords2 platform.

I wrote at the time (on the French section of Superception):

One of the benefits of digital marketing is that it gives brands the opportunity to very accurately measure the impact of their investments. The efficiency of the entire marketing-sales funnel can be easily measured if it happens in the digital realm from start to finish.

Until Google’s announcement, that measurement couldn’t be performed in brick-and-mortar stores which still account for nearly 95% of retail trade in North America. The company headed by Larry Page now provides advertisers with an almost perfectly accurate evaluation of in-store conversion rates of their digital ads. […]

Through their geolocation in Google Maps, Google knows if and when an Internet user who has clicked on a banner is visiting a related store. To allow this to happen, Internet users must activate the ‘Location History’ feature on their smartphones and advertisers must inform Google about the locations of their physical stores and link these to their online ad campaigns.”

Foursquare is adopting a similar approach by using its own data.

1 This panel slightly underrepresents people under 18 and over 55. However, Nielsen’s comparable panel only includes 40,000 people.