It is in crises that we can observe the true nature of human beings and organizations. Case in point with Daniel Ek and Spotify.

Let’s take a look at the events of the last few weeks. The debate about Spotify’s distribution of the podcast of Joe Rogan, a notorious anti-vaxer and promoter of various misinformation about Covid-19, was reactivated by the open letter sent to the Swedish audio platform by 270 doctors. It went up a notch when some musicians, among them Neil Young and Joni Mitchell, decided to leave Spotify. Then Brené Brown, a well-known author and producer of two podcasts that are exclusive to Spotify, announced that she would not publish new episodes until further notice. Prince Harry and Meghan Markle, who have a multi-million dollar contract with Spotify, also spoke out. In response to the uproar, Spotify co-founder and CEO Daniel Ek decided to add a warning message to all podcast episodes about Covid-19.

In the aftermath, he explained in an exchange with the entire Spotify staff that:

“In 2019, our music and podcasting catalog was not that differentiated, and because of this, we were locked out of deals with some critical hardware partners like Amazon, Google, and even Tesla. They had or were working to build their own streaming services with essentially the same content, so there was really no reason for them to integrate our service. And their users weren’t necessarily demanding access to Spotify, either. They were demanding access to content.

To combat this, we needed to find leverage. And one way we could do this was in the form of exclusives, specifically with voices like Joe Rogan’s, the Obamas’, Brené Brown, Dax Shepard, just to name a few. And Spotify now had something our partners needed to keep their users satisfied and coming back for more, and the benefits of these exclusive partnerships have been significant. Look no further now than the fact that we’re the number one podcasting platform US listeners use the most. And we continue to gain market share in this important market and others around the world. So to be frank, had we not made some of the choices we did, I am confident that our business wouldn’t be where it is today. […]

I understand the premise that because we have an exclusive deal with him, it’s really easy to conclude we endorse every word he says and believe the opinions expressed by his guests. That’s absolutely not the case. There are many things that Joe Rogan says that I strongly disagree with and find very offensive. But let me go back to what I said earlier, if you want even a shot at achieving our bold ambitions, it will mean having content on Spotify that many of us may not be proud to be associated with.“ 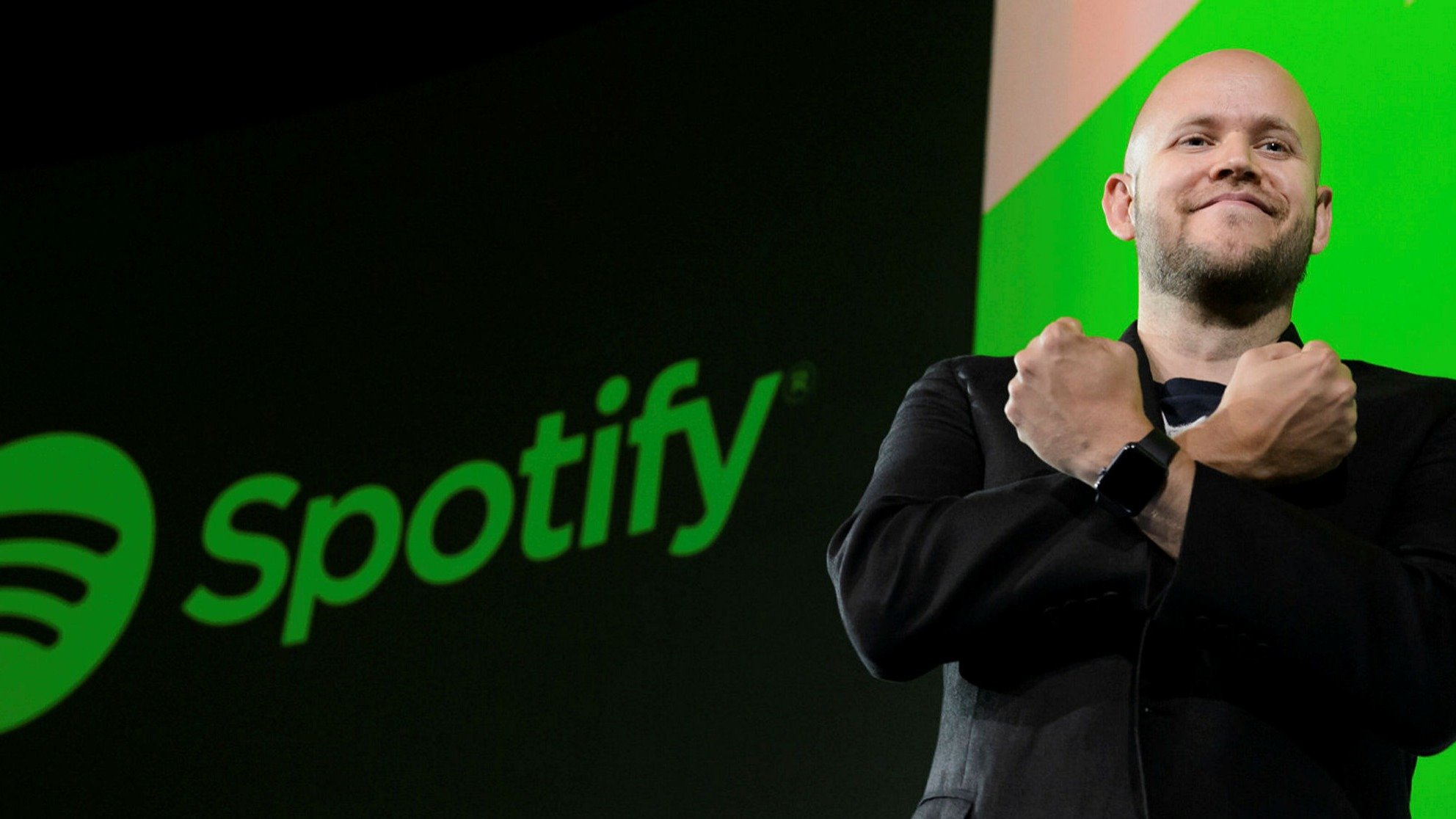 I find this statement extraordinary for two reasons.

First, Daniel Ek blithely admits that the only method he, as co-founder and CEO of Spotify, has found for the Company to realize its ambition in podcasts is not only to accept the unacceptable but to make it its primary selling point. Some platforms, foremost among them Pinterest, are doing what they can to fight against harmful content. Others, like Facebook and Twitter, welcome it and promote it algorithmically to maximize their members’ engagement. Spotify, on the other hand, has gone to the ultimate level of amorality: It has made a producer of despicable content the primary vehicle for its strategy and awarded him a contract worth an estimated $100 million to do so.

Secondly, Daniel Ek’s message to his employees – and to any outside talent who might consider joining the Company – is clear: At Spotify, you will probably be ashamed to carry out our business plan. He urges them not to compromise with the valuation of Spotify in order to promote the most basic human values. At a time when all organizations are concerned about their employer brand, this is rather uncommon.

Can we imagine, for example, Boeing’s CEO, during the 737 MAX crisis, stating that the crashes caused by the plane’s design flaws were certainly unpleasant for the Company’s employees, but essential to its growth ambitions? Boeing, whose shortcomings have directly killed human beings, didn’t communicate like Spotify, that is certainly killing people indirectly by promoting Joe Rogan’s anti-vax content. Indeed, Spotify, which has 406 million active monthly users, isn’t only publishing Joe Rogan’s podcast or even promoting it: The Company made it the showcase of its platform.

Spotify took the editorial decision to acquire Joe Rogan’s content. The Company’s responsibility is therefore not the same as that of other social networks that deal with user-generated content. By paying Rogan, Spotify is even more complicit in his misdeeds than when Facebook allows its members to pour out torrents of misinformation and insults.

In that context, maybe the most astonishing thing about Spotify’s strategy with signing Joe Rogan is that the audio platform didn’t check who it was dealing with. In recent hours, old episodes of his podcast, preceding his exclusive deal with Spotify, have re-emerged. He uses the n-word several dozen times and seems to compare African-Americans to monkeys.

Daniel Ek apologized to his employees after the revelations about his star’s racist comments, but said he had no intention of breaking his contract with him. That’s the problem with people who have no principles: They always wait until it’s too late to undo the damage they caused.