Book Review: “Frost/Nixon, Behind The Scenes Of The Nixon Interviews” By Sir David Frost With Bob Zelnick (2009, 386 Pages)

The book is on the same level as the historical interviews.

Sir David Frost was an English journalist and television host. He did light entertainment and serious journalism. He remains in history for his series of interviews with former President Richard Nixon after the latter’s Watergate-driven resignation.

“Frost/Nixon” recounts the making of these interviews and takes stock of the Nixon years. 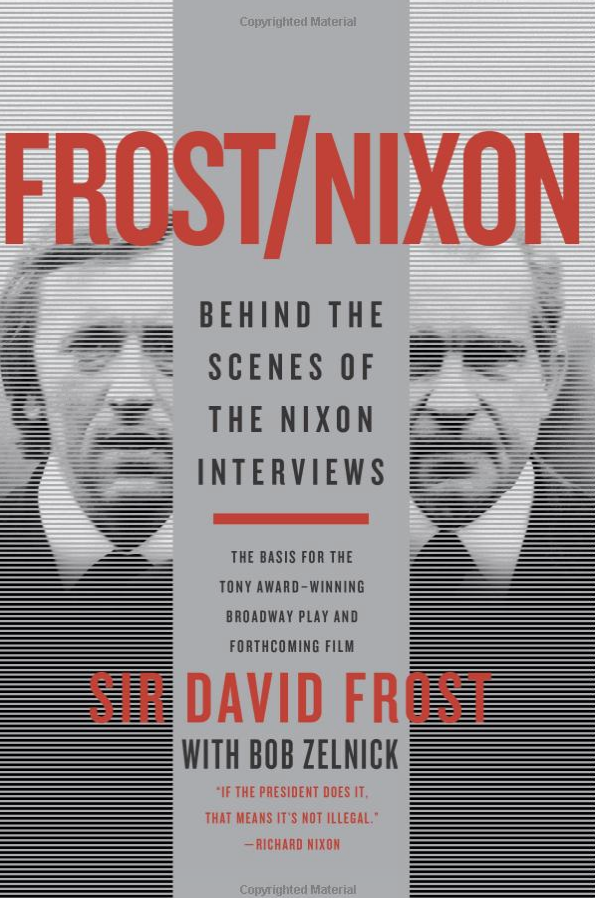 These interviews were a real intellectual and journalistic tour de force. Frost had to prepare himself on issues and events that were far more in Nixon’s sphere of familiarity than in his. And he had to face one of the most intellectually capable and merciless Presidents of American history. At the same time, he needed to develop television material interesting enough to get viewers to tune in to all four of the planned programs.

In 1977, Frost was viewed as an entertainer and nobody believed – even in his own team – that he would be able to seriously challenge Richard Nixon. Frost would prove everybody wrong, asking the right questions the right way at the right time and, maybe even more importantly, knowing when to listen. He embodied the cardinal qualities of the interviewer that I have outlined here.

The interviews, in which Nixon explained his twisted view of the law and admitted that he had “let down the country”, drew the largest audience ever for a news interview.

The book is on par with the television interviews. It’s deep, smart, and always balanced. It should be read by every aspiring journalist.

Book Review: "Only The Paranoid Survive: How To Exploit The Crisis Points That Challenge Every Company" By Andrew S. Grove (1996, 224 Pages)