Journalists and populists often have the same ethical principles because they serve the same people.

Last Tuesday, Rachel Maddow, host of “The Rachel Maddow Show” on MSNBC, informed her more than six million followers on Twitter that she had gotten the scoop that all American journalists were looking for for a year and a half: Donald Trump’s tax returns. 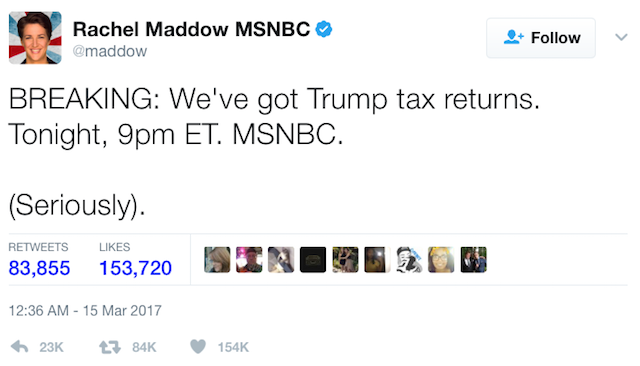 However, it turned out that, contrary to her announcement, she had only obtained Trump’s tax returns from 2005. Moreover, she took so much time to tease her scoop on the air that the White House released the so-far secret document before she could show it to her viewers.

In addition, the form states that Donald Trump earned $150 million in 2005 and paid federal taxes of about $38 million, far more than his opponents had suggested. The resulting story is so favorable to Donald Trump that David Cay Johnston, the journalist who received the billionaire’s tax returns in his mailbox, wonders if the President was his anonymous source. That question is all the more relevant because the leak comes at the perfect time to divert the public’s attention from the poorly conducted Affordable Care Act reform.

Rachel Maddow’s handling of the situation illustrates what the three major behavioral differences between populists and journalists should be: 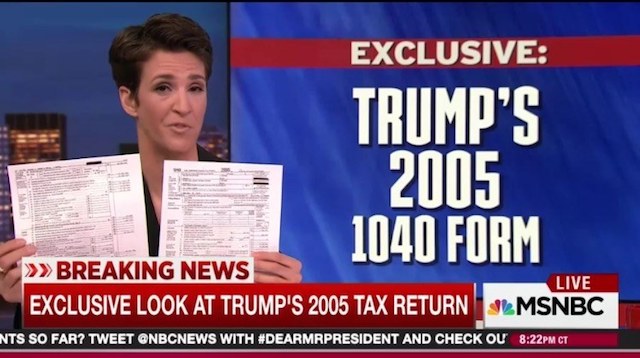 Indeed, Rachel Maddow trampled on journalism ethics and descended to the level of Donald Trump:

In order to achieve its democratic mission, the press must avoid those mistakes. However, just as they favor the electoral interest of populists, those behaviors help the media reach larger audiences, as demonstrated by Rachel Maddow’s record viewership last Tuesday. In fact, populists and journalists often have the same ethical principles because they serve the same people. This is why the essential difference between them – the former aim at weakening democracy whereas the latter should aim at strengthening it – is too often more theoretical than actual.

Ultimately, to be faithful to their vocation, journalists should approach reporting, as Voltaire noted about Marivaux, by “weighing flies’ eggs in the scales of a spider’s web.”

Puppies Are Good For Efficiency...