The Management Lesson Of Roger Federer

The journey matters more than the destination.

To everyone’s surprise, the Swiss genius explained, after winning his quarter-final against Stan Wawrinka, that he had decided to play at Roland Garros, for the first time in four years, in order to face Rafael Nadal. His record against him on clay would be discouraging for any other player: 14 defeats and 2 victories over their entire career and 4 out of 18 possible sets won during their 6 clashes at Roland Garros (4 finals and 2 semifinals).

When I read this statement, I thought of my other favorite sport, mountaineering. In high mountains, whether you are an amateur or an extreme climber, you compete neither with an opponent nor with nature. You compete with yourself: Even when you are roped with a partner, you are on your own when you must overcome your technical, physical and/or psychological limits. 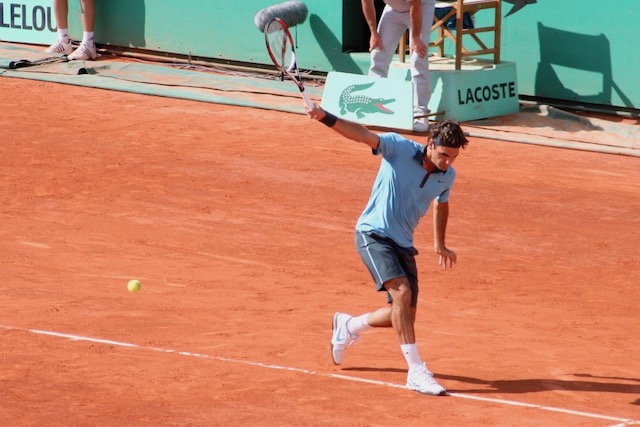 Defying Rafael Nadal at Roland Garros is Roger Federer’s Everest. As players approach retirement, they generally focus on the challenges that seem most favorable to their game. With that statement, men’s Grand Slam title record holder showcases his exceptional competitive spirit – which is often underestimated due to his amazing talent.

Like the majority of outstanding competitors, Roger Federer wants to prove to himself, more than to anyone else, what he is capable of. This is why the prospect of playing Nadal at Roland Garros motivates him. In his eyes, rising to a challenge doesn’t necessarily mean winning.

As Andre Agassi once said,

“I didn’t become who I am because of tennis but because of the attention I devoted to tennis. It’s the process that counts.“

This is a lesson for leaders and managers: Focus on the journey (a company’s purpose, strategy and values) rather than the destination (its financial results).

The best journey leads to the best destination.

One thought on “The Management Lesson Of Roger Federer”

Couldn’t agree less! Even if you should have a goal set first: the means are definately the end. And often they even alter the goal, ’cause in the process of focusing ressources you’ll often notice unused potentials.