The growing polarization of the public debate raises with new urgency the question of the role of the news media.

The quest for journalistic objectivity is an increasingly dangerous activity. Journalists who engage in this activity are under constant attack from the most extremist of factions on both sides. It is therefore easier for them to create a false neutrality by presenting opposing points of view without deciphering them. But this is an unworthy attitude when it relates to issues in which someone bases their arguments on factual lies or to discussions on indefensible positions.

Objectivity and integrity are therefore not synonymous, all the more so since the creation of a false neutrality also responds to the need to capture and maintain an audience’s attention: One of the most effective ways of doing this is to present each subject as a conflict between two factions that everything separates.

Moreover, buzz-generating debates help compensate for the fact that there are not enough events likely to interest the general public 24/7. As Jay Rosen, professor of journalism at New York University, once said, “when the intensity of news interest over tops the availability of new facts, the risk of inaccurate reporting silently escalates.”

False journalistic neutrality now goes so far as to disregard the most basic factual elements in the presentation of political positions. If a war correspondent witnesses an event and reports it inaccurately, he is guilty of professional misconduct. I wonder why it is not the same for journalists working the political beat. If a journalist hears a candidate make an erroneous or misleading statement and doesn’t fact-check it, does he not commit the same misconduct? If a football player loses a game and then claims in a subsequent press conference that he won it, shouldn’t reporters fact-check his statement? 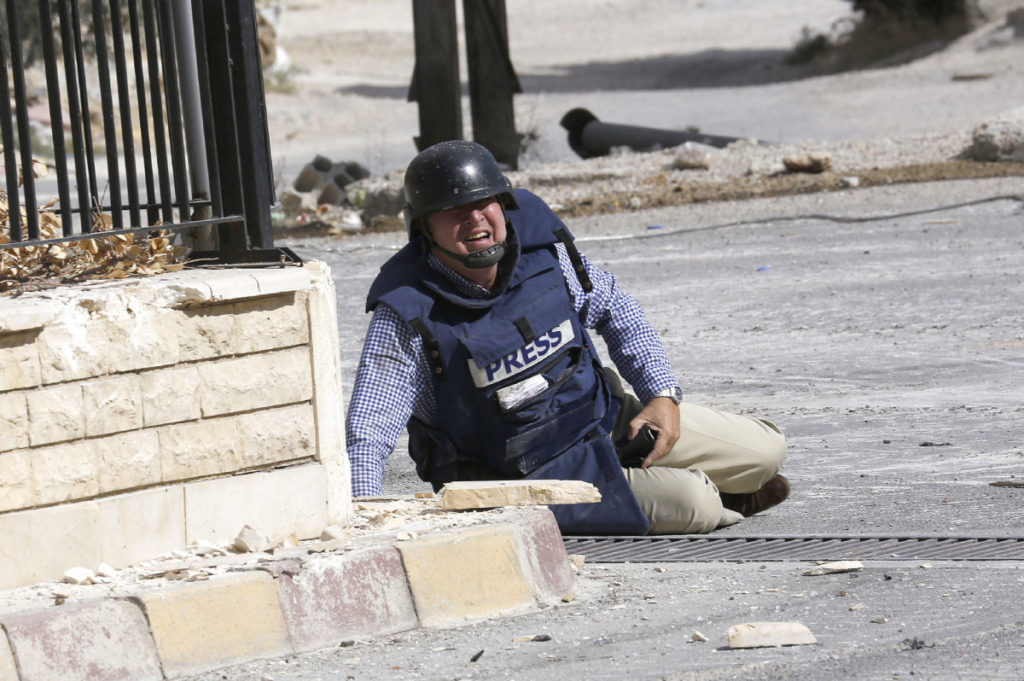 The problem is that citizens can now turn to media outlets of their choice to hear news and ideas that only reinforce their own viewpoints. As a result, what journalists have to say about the veracity of political claims matters less and less. This is the reason why more and more journalists are abdicating their duty of fact-checking in order to preserve their credibility. Neutrality prevails over truth.

In this context, political leaders can lie openly while enjoying the unfailing support of their fans on social media. Those fans deny the role of arbiter of truth to journalists. Therefore, by fear of losing part of their audience, news media outlets give up their influence. Yet, as Bob Woodward said, “journalism is not stenography.” If news media are more profitable when they appeal to people’s emotions, they are more valuable when they appeal to their reason.

Those developments put citizens at the center of the debate since news media are competing with Fortnite, Netflix and the like for their attention. That competition pushes news media to shift to infotainment. However, those responsible are citizens rather than journalists. While it is always easy to blame journalists, it would be forgetting that they are fighting for their survival and that citizens are the consenting victims of their excesses: Supply follows demand. It is up to us to make sure that news media cover the climate rather than the weather, to use one of the founding principles of Dutch crowdfunded media De Correspondent.

Communications Is An Art

The Best Way To Make Mistakes...