Batkid has won a symbolic, temporary victory against the power of the all-perishable perception.

Last Friday, Miles Scott, a 5-year-old child who has battled leukemia for most of his life (and is winning), realized his dream of becoming “Batkid” thanks to the Make-A-Wish Foundation. With the assistance of more than 11,000 volunteers and the city’s authorities, Make-A-Wish turned San Francisco into Gotham City.

Encouraged by tens of thousands of people in the streets of the city and hundreds of thousands of tweets from 117 countries, Batkid rescued a “damsel in distress”, prevented “The Riddler” from robbing a bank, and chased “The Penguin” who had kidnapped the San Francisco Giants’ mascot, Lou Seal.

The arrests were officially announced by the DoJ’s Attorney’s Office for the Northern District of California in a mock press release. The San Francisco Chronicle published a special edition and a large number of political leaders – including President Obama (see below) – cheered on Batkid*. The little boy ended his day at the San Francisco City Hall where the mayor gave him the key to the city.

We now live in the reign of the ephemeral perception, which I call “the Snapchat culture” – from the name of the mobile application that allows users to share pictures and videos that self destruct after a few seconds. Our world – and, even more, our perception of it – is driven by the spatial and temporal ubiquity of information.

Beyond his victorious battle against the forces of evil, Batkid has also won a symbolic, temporary victory against the power of the all-perishable perception, stopping the course of time in the U.S. media and on the worldwide web. 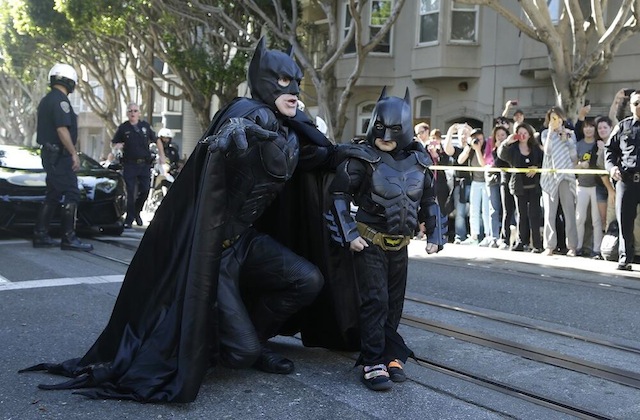 It is impossible not to see in this global communion, which would have been impossible without the Internet, an expression of the need to share a positive emotion towards the wish of a sick child that every family can relate to. As Michelle Obama tweeted, “You’re an inspiration to us all.” In fulfilling his mission to save San Francisco, Batkid has also restored the faith in humanity of millions of people.

Friday, everything was done to make Miles Scott happy and he ended up being the one making the world unexpectedly happy. 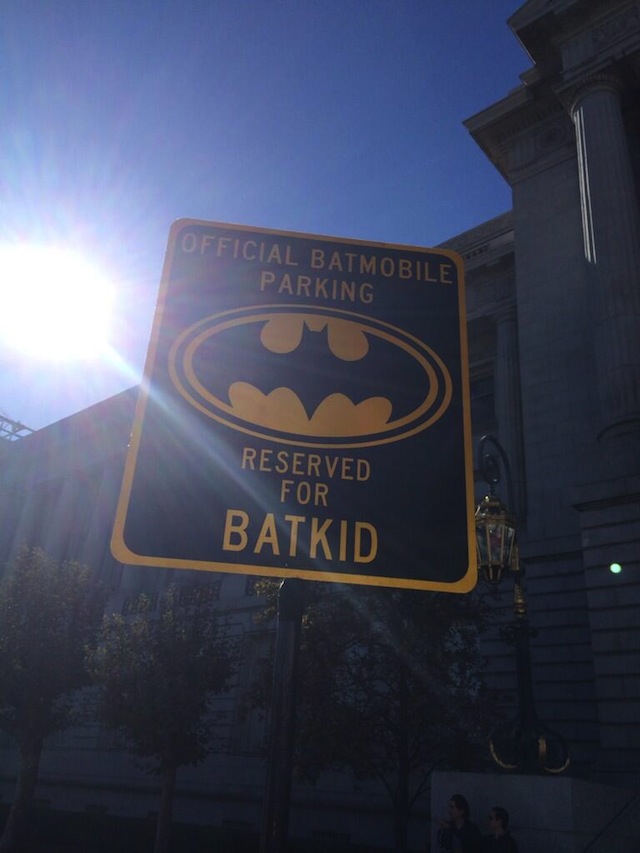 * The cynics may say that many officials used Batkid for their own promotion but I’d rather believe that they were moved, like millions of their fellow citizens, by the simple story of a little hero.